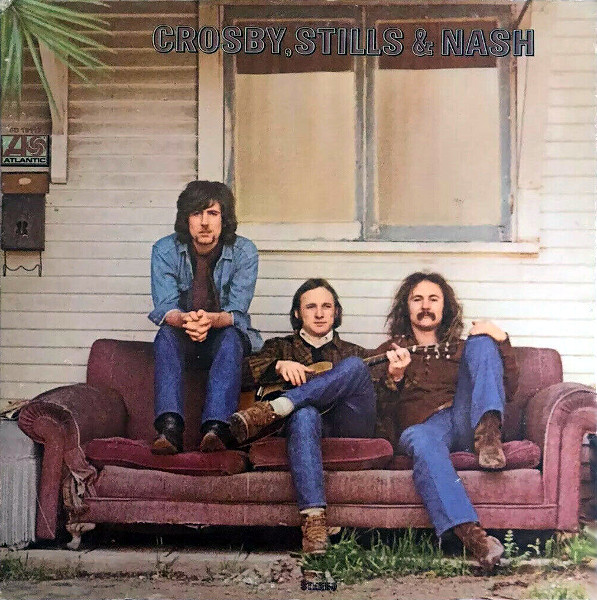 An alignment of talent for the ages that, despite clashing personalities, yielded some truly angelic harmonies.

A diamond of the times, again courtesy of the dark forces of Atlantis. (Ah, but what’s puzzling you is THE NATURE of this GEM.) Similar in spirit to Simon & Garfunkel, Crosby, Stills & Nash was that duo cubed: three songwriters with unique personalities. Instrumental hotshot Stephen Stills wrote complicated odes to lost love, David Crosby strummed his guitar while spinning magic and social unrest, and Graham Nash injected a dose of British charm into the whole thing.

In a sense, CS&N were like The Beatles, Simon & Garfunkel and Jimi Hendrix swirled into one. That it came together so well so quickly is amazing: “Suite: Judy Blue Eyes,” “Marrakesh Express,” “Guinnevere,” “Wooden Ships” and “Long Time Gone” are birthed titans. The remaining tracks sometimes feel unfinished, but there are surprises among the tracks you don’t know (“49 Bye-Byes” for example prefigures Steely Dan’s first album by a few years). The arrangements are solid considering that Stills is often multitracking guitar, bass and organ, and Dallas Taylor provides as solid a backbeat as Ringo ever did.

The real story, of course, is the harmonies; that three voices could mesh so well is still astounding today. They may lay things on a little thick with “Helplessly Hoping,” but used in moderation (“Wooden Ships”) the three voices tuned to one another simply soar. Though their next album, which reunited Stills and Neil Young, theoretically ups the ante, the trio’s first album remains a towering achievement. The music from the Summer of Love seldom burned brighter than it did here. It was the beginning of the end (natch), but don’t be troubled, Little Dreamer. Rest your heads on the soft, harmonious clouds of social destruction and sleep, sleep, sleep…