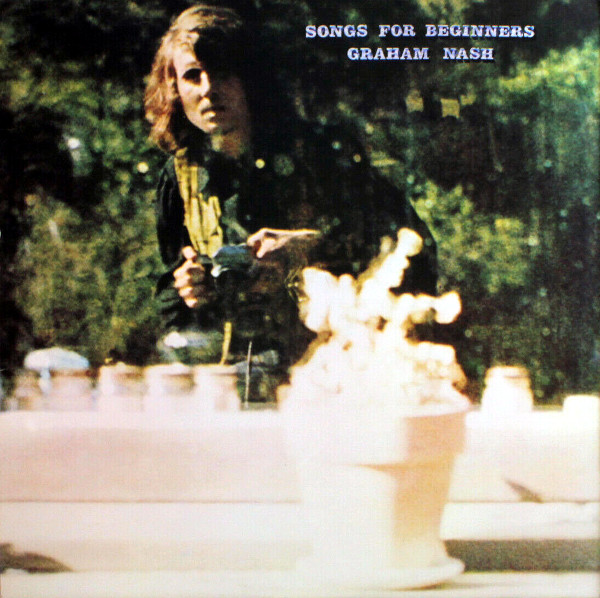 Nash’s first is a very, very, very fine outing that suggests CSN mixed with The Beatles on a more modest scale.

Kronomyth 1.0: All things must Nash.

If “Our House” was the best Beatles song the band never wrote, then Songs For Beginners is the best Beatles solo album that none of the Fab Four ever released. That’s not to suggest that Graham Nash was consciously copying The Beatles or Bob Dylan, at least not anymore than anyone else, but his first album combines British pop, ballads and a social conscience in the best possible ways. Though the last member of Crosby, Stills and Nash to release a solo album, Nash made it the best of his career. Honestly, the first three solo albums from Crosby, Stills and Nash were better salve to the wounded hearts of their fans than what John, Paul, George and Ringo had to offer.

When I tell you that Songs For Beginners is my favorite solo album from Crosby, Stills or Nash (Neil Young’s Harvest is better in my opinion), it’s with the caveat that I’m a anglophile at heart. Beatles fans should immediately warm up to “Military Madness” and “Be Yourself;” Bobby Keys’ sax solo on “There’s Only One” will also feel like a bit of home. CSN fans will instantly recall “Chicago,” introduced a month earlier on the live 4 Way Street, and appreciate the acoustic “Wounded Bird.” Over the course of the album, Nash emerges as a remarkably complete songwriter. There are a few lyrical missteps (“You’ll wear the coat of questions till the answer hat arrives” from “Wounded Bird” always makes me laugh), but the balance decidedly falls on the side of wisdom and love.

Where Stills’ first record was sometimes overshadowed by his guests, and Crosby seemed to prefer working in the shadow of his own inscrutable muse, the supporting musicians on Songs For Beginners are the spice to Nash’s humble pie. Dave Mason, Jerry Garcia, Phil Lesh and David Lindley provide a distinctive flavor to Nash’s simple songs without overpowering them (although Mason comes dangerously close). I had secretly hoped that Nash’s first record would sound like the home that “Our House” built. Songs For Beginners doesn’t disappoint. It proves that music can change the world and make it a better place, even if only for half an hour.

All songs written by Graham Nash unless noted.

Original 8-track version
A1. Military Madness
A2. Be Yourself
A3. Wounded Bird
B1. I Used To Be A King
B2. Better Days
C1. Simple Man
C2. Man in the Mirror
C3. Sleep Song
D1. There’s Only One
D2. Chicago
D3. We Can Change the World