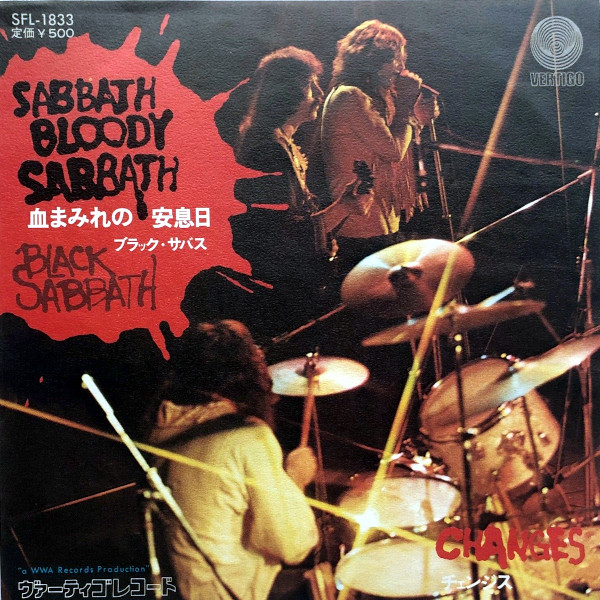 A heavily edited version of the heaviest song from their forthcoming album.

Three and a half minutes. That’s apparently how much heavy metal the radio could handle in 1974. And so Black Sabbath’s record labels released an edited version of Sabbath Bloody Sabbath as a teaser for the album to come, completely erasing half the lyrics in the process. They did keep the line “you bastards” in it, though, which is odd. I guess someone felt that radio stations would be less offended by the language than the length. They were wrong, by the way, as “Sabbath Bloody Sabbath” garnered little radio play and failed to chart in either the UK or the US.

“With “Changes,” Tony just sat down at the piano and came up with this beautiful riff, I hummed a melody over the top, and Geezer wrote these heartbreaking lyrics about the breakup Bill was going through with his wife at the time. I thought that was brilliant from the moment we recorded it.” – Ozzy Osbourne, as quoted on American Songwriter.

As Sabbath Bloody Sabbath hadn’t been released yet, Changes from their last album, Vol. 4, was added as the B side. This has historically been one of my least favorite Sabbath songs, although I will admit that it does sort of grow on you over time. Geezer Butler’s mellotron work is the best thing about this song, creepy and classy at the same time.