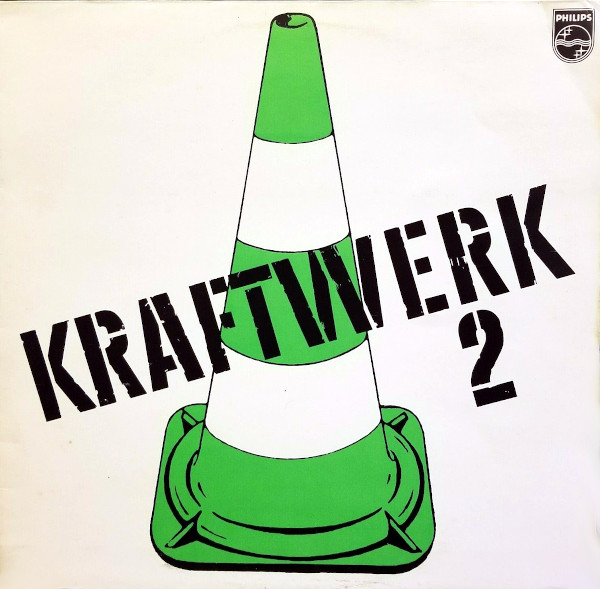 A second album of studio sound experiments featuring a wider palette of instruments but no drummers.

Kraftwerk eventually named their workspace Kling Klang Studio, taking the title from the first track on the second album, Kraftwerk 2. Kling Klang was more of a musical laboratory than a traditional recording studio, where Ralf Hütter and Florian Schneider-Esleben could experiment with creating new sounds from traditional musical instruments. Compared to their first album, which featured two guest drummers and beats that you could occasionally dance to, Kraftwerk 2 is short on melody and rhythm. Instead, it features “songs” that explore a single sound (e.g., an electric guitar run through effects, an electronically treated harmonica), resembling minimalist paintings more than rich tapestries of electronic music.

The opening Klingklang is the album’s longest and most interesting track, beginning with struck bells that yield to a calming mix of flutes, keyboards and bass guitar over the next fifteen minutes. It’s not quite a tone poem, but it does stand up the best to closer study. Wellenklänge, the other long track on the album, is also interesting in the same way that some of Brian Eno’s “accidental” songs created unique soundscapes. Toward the end of “Wellenklänge,” I was reminded of an Eno affiliate, Penguin Café Orchestra.

The remaining songs on Kraftwerk 2 are somewhat one-dimensional by comparison. Atem and Harmonika are basically bookends to one another: electronics used to emulate the sound of breathing (“Atem”), and breathing used to emulate the sound of electronics (“Harmonika”). Strom and Spule 4 suggest that Florian bought his first electric guitar and first flanger pedal at the same time. That’s me being snarky, of course, but Frippertronics it ain’t.

I don’t believe Kraftwerk’s first two albums to be classics of electronic music any more than the first two Kluster albums. They are interesting experiments to be sure, but more trial by error than lightning rods of inspiration. In 1973, Vertigo combined both albums as a double-elpee in the UK, which was the last time anybody bothered to officially re-issue them, to my knowledge.

Photos and cover by Ralf Hütter and Florian Schneider-Esleben.