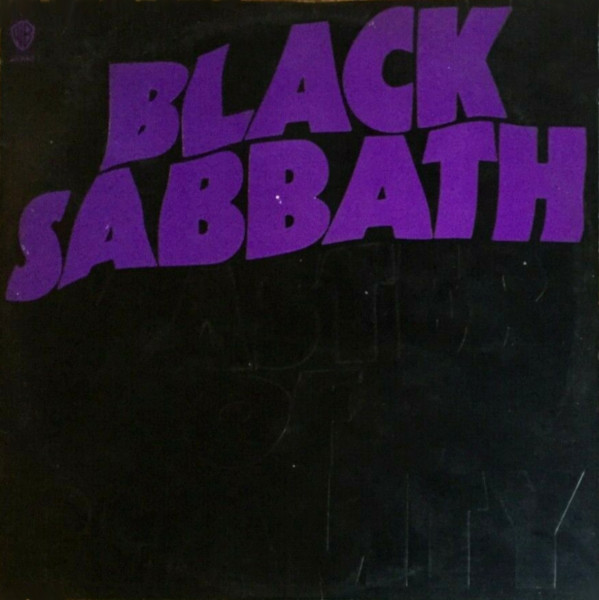 Behind ramparts of towering riffitude, surrounded by clouds of sulfuric haze, another feast of Sabbath songs.

Kronomyth 3.0: Masters of the metal universe

The opening moments of Sweet Leaf may well contain the most perfect heavy metal riff of all time. The band’s third album, Master of Reality, is another brilliant, blacklit album of heavy metal, and nothing less than the listener’s soul hangs in the balance. It’s a battle between good and evil, and Black Sabbath doesn’t land decidedly on one side or the other. It could be a Christian lost in the wilderness of sin, or the devil convicting you of the hopelessness of your own salvation. It is, beyond a shadow of doubt, one of the darkest and heaviest albums of its time.

The opening “Sweet Leaf” starts out with a cough (presumably after too big a bong hit) and launches into a full front assault on the senses as Ozzy Osbourne sings the ultimate ode to marijuana. The next track, After Forever, cautions the listener to consider their immortal soul. The riff is so powerful, however, you might just miss the message. A very short bit of classical guitar, Embryo, is followed by the classic Children of the Grave. After five minutes of pounding fury, it ends with a truly spooky bit of synthesizers. The production on this album is markedly better on this album, with lots of overdubs and a sound that is, impossibly, both hazy and clear at the same time.

Side two starts with another classic guitar piece from Tony Iommi, Orchid. This is a device that Iommi would use on future albums, providing little oases of calmness before the next sonic apocalypse arrived. Lord of This World is some dark stuff indeed. As the music plods along like a tank, Geezer Butler’s lyrics are a condemnation of the world. I mean, “the soul I took from you was not even missed” is just bone-chilling. Into the Void is a return to the dark dreams of “Planet Caravan,” featuring Iommi on flute. It sounds like Uriah Heep, but that’s not a bad thing. The album closes with the crushing Solitude. The trio of this, “Children of the Grave” and “Sweet Leaf” is a miniature master’s class in how to construct a heavy metal riff.

The next two albums, Vol. 4 and Sabbath Bloody Sabbath, lacked the biting crunch of their second and third albums. The first three albums, however, are established classics. Paranoid and Master of Reality in particular are stunning from end to end. In a Metal Hammer poll from 2015, Master of Reality was voted the greatest Sabbath album of all time. Of course, polls aren’t an exact science. Heaven and Hell came in third in that poll (behind Paranoid, naturally) and, as good as it is, there’s no way in hell that’s their third-best album.