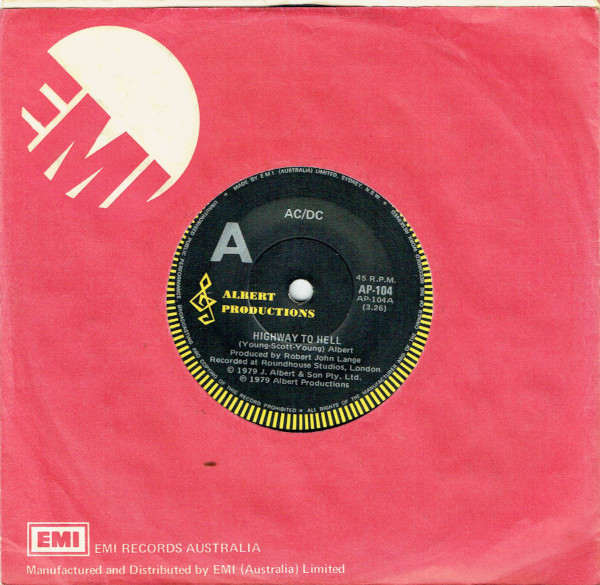 Maybe Bon should have paid attention to the exit up ahead, but as swan songs go they don’t get much better.

There are Mutt Lange detractors among AC/DC’s faithful, but the man has a gift for wringing the best out of the bands he worked with. Highway To Hell is a high point in the history of AC/DC, and the title track is probably the quintessential Bon Scott song. (You could argue for “Big Balls,” but I’m feeling classy this morning.) Those who would accuse the band of a sellout should remember that “Highway To Hell” didn’t even crack the Top 40 when it came out. After Bon’s death, of course, it probably would’ve topped the charts, but that’s why you need to read the fine print.

In most parts of the world, the elpee version of “If You Want Blood (You’ve Got It)” was the flip side. Great song (see my earlier comment about everything on Highway To Hell). In the US, the full elpee version of “Night Prowler” was pressed into service. Since we’re on the subject of Highway songs, I always thought “Walk All Over You” should have been the second single.