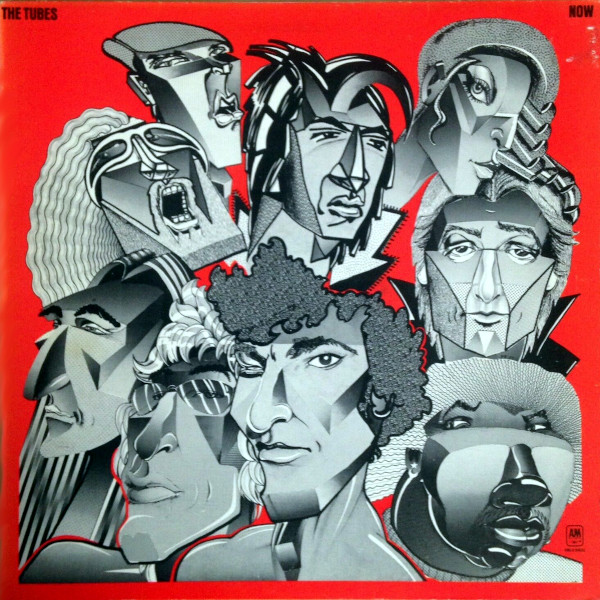 Yeah, I know, third album, charm. Not here. The band allegedly booted producer John Anthony from the studio and proceeded to hoist themselves by their own self-produced petard. The Tubes were getting bigger, egos too, and Now now featured songs written by members and peripheral members alike as well as cover songs (“This Town,” “My Head Is My Only House Unless It Rains”). It must be something in the San Francisco water that makes musical bands approach life and songwriting communally. Individually, the songs aren’t that far removed from their first two albums. “Smoke,” “I’m Just A Mess,” “Strung Out On Strings” and “You’re No Fun” might have worked extremely well in the hands of a capable producer. With no such hands in attendance, however, the organic oddness of their first two records feels forced, as the band adds layers of synthesizers and percussion in lieu of proper orchestration.

The addition of Mingo Lewis is interesting in so far as anything that Mingo does is interesting, here contributing one fusion instrumental, “God-Bird-Change,” that would have worked better in the company of Al Di Meola (okay, so what wouldn’t sound better with Al D in the mix?). Also included is another Jane Dornacker song, “Cathy’s Clone,” featuring Captain Beefheart on saxophone and suggesting that Jane had the pop smarts to become her own new wave heroine. Bill Spooner adds a couple of autobiographical songs, “Strung Out On Strings” and “Golden Boy” (the latter written about original drummer, Bob McIntosh).

There’s no denying The Tubes are an intelligent and talented band, but you wonder if they weren’t becoming too smart for their own good. I mean, jazz fusion, Captain Beefheart and Frank Sinatra covers and songs dedicated to Edith Piaf don’t belong in the same era, let alone on the same album. Again, a brilliant producer might have pulled it all together, but, absent one, Now falls apart.