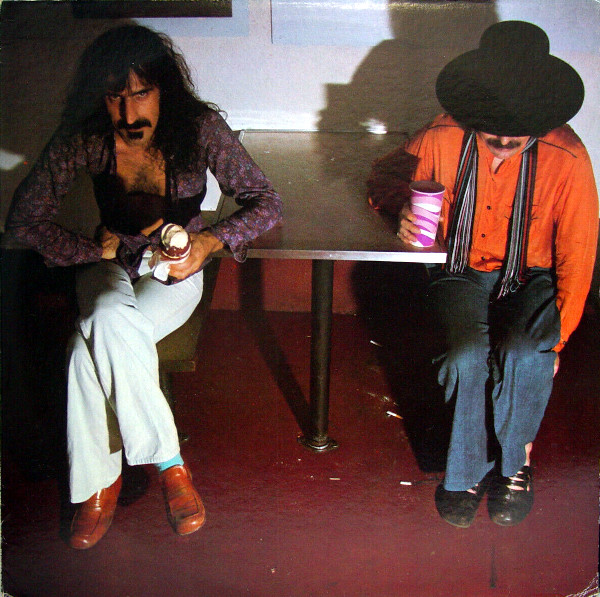 Okay, so it’s not a replica of Trout Mask Replica, but the pair still create sparks on this suitably demented outing.

A cleverly staged car wreck between Frank Zappa and Captain Beefheart that, despite the creative velocity of the pair at the time, wasn’t the big bang some had hoped for. The disappointment of Bongo Fury might be that both artists weren’t looking to do something new together, but simply do what they do together. There are songs that represent an even union of sorts, where Beefheart takes the lead and Zappa’s band lays down the groundwork: the twisted “Debra Kadabra,” the sort-of-a-cowboy-song “Poofter’s Froth Wyoming Plans Ahead” and “200 Years Old” (the last two forming a kind of a bicentennial medley). These may be a little grittier and bluesier than Zappa’s usual work, but fans should eventually warm up to them.

Beefheart also presents his greasy, look-what-I-found-under-the-refrigerator poetry on a pair of tracks: “Sam with the Showing Scalp Flat Top” (which introduces the “bongo fury” theme) and “Man with the Woman Head.” Frank even answers in kind with his own story, “Muffin Man,” that starts like a carbon copy of “Evelyn, A Modified Dog” before launching into a brilliant guitar solo.

Zappa fans will take solace in the tracks that sound most like his usual work from this period: “Carolina Hard-Core Ecstasy” (cut from the same cloth as “Camarillo Brillo”) and “Advance Romance.” Those fans, however, would do better to pick up Over-Nite Sensation, Roxy & Elsewhere, The Grand Wazoo, One Size Fits All… well, you get the point. For the best blending of Beefheart and Zappa, seek ye Hot Rats. Two heads are better than one in the world of bongos, but in the live/studio world of Bongo Fury maybe not so much.

All songs written by Frank Zappa unless noted.