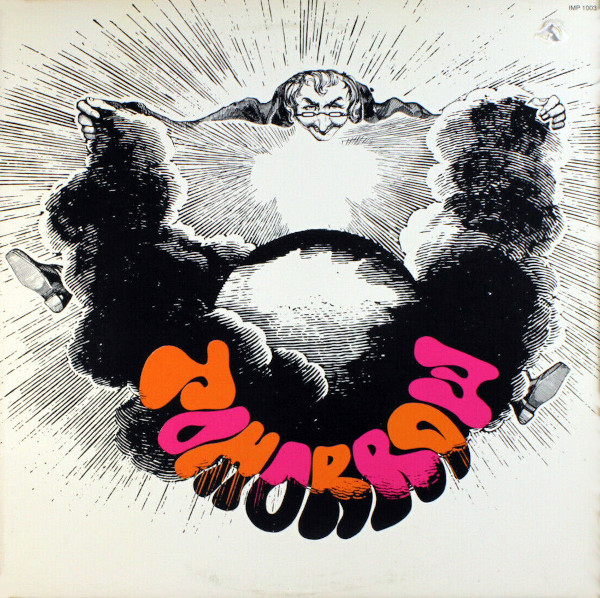 The first (and only) Tomorrow elpee is a pleasant artifact from the short-lived but highly popular psychedelic scene of the late 60s. Unfortunately, the record was released almost a year after it was recorded; it sounded dated by 1968 and hasn’t aged any better over the years. The band’s singles, “Revolution” and “My White Bicycle,” fared better from earlier releases. The music leans decidedly toward the pop side of the psychedelic experience: precious vignettes of lost souls (“Colonel Brown,” “Shy Boy”), fairy tales (“Auntie Mary’s Dress Shop,” “Three Jolly Little Drawfs”) and harmless blows against the empire (“My White Bicycle,” “Revolution”).

Produced by Mark Wirtz, the album makes use of what were at the time sophisticated studio recording techniques, such as multitracking and phasing; the band even takes on The Beatles’ daunting “Strawberry Fields Forever.” In describing the sound of Tomorrow, I’d plot it somewhere between the contemporary work of Pink Floyd and David Bowie; lighter than the one, heavier than the other. Although most of the songs are credited to Keith Hopkins (West’s real name) and Ken Burgess, Steve Howe’s guitar work is the driving force behind nearly every song. Yeswatchers will take particular delight in Howe’s solo on “Now Your Time Has Come,” one of the earliest examples of what would become Howe’s distinctive sound (showcased to better effect in Bodast).

Some people regard the first Tomorrow album as a psychedelic classic; people who presumably know more about the psychedelic revolution than me. Had this album been released in the spring of 1967 then, yes, it might have been highly influential. But in the interim between its recording and its release, Tomorrow’s debut had been superseded by the work of The Pink Floyd, Jefferson Airplane, The Beatles, Traffic, Cream, etc. Fans of psychedelic pop will enjoy the trip back to the past, Steve Howe fans will be better served by Bodast and the kloset kinks among us will lift “Shy Boy” on our shoulders.