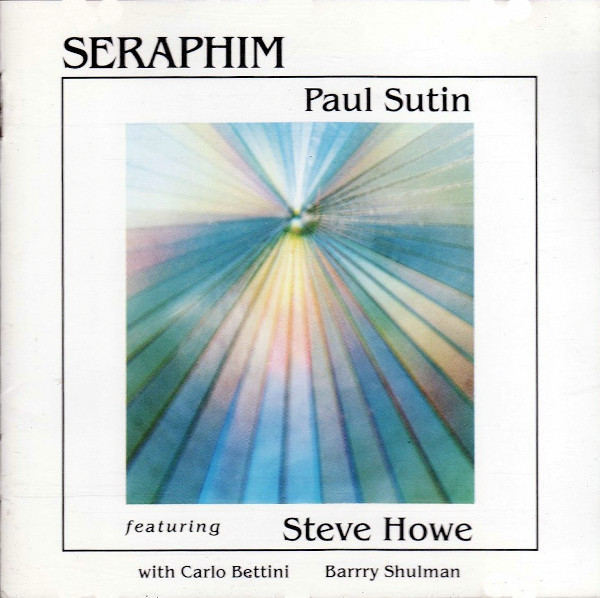 Switzerland’s seemingly endless supply of keyboard players once again needles its way into Yesworld on this new age album.

Kronomyth 3.0: Yawn and forget us.

Okay, first of all, take a deep breath. No one is putting a gun to your head to buy this. Yes, it has Steve Howe’s name on it, but if the man made dresses would you wear one? (You don’t have to answer that.)

Seraphim is an album of new age music by a Swiss keyboard player named Paul Sutin featuring Steve Howe and Carlo Bettini. At least, that’s how it was originally presented. Then, someone got the bright idea that the album should be re-packaged as a Sutin/Howe collaboration and, voila, Yes fans fell upon it like ants on an errant melon cube. Much grousing ensued, most of it centered on the fact that Seraphim was not what it purported to be (half of a Steve Howe album), with a few peaceful souls noting that it was, in fact, a pretty good album of new age music all the same. You have to pity Paul Sutin that the only people who buy his records are disappointed Steve Howe fans.

Now, I actually enjoy electronic music, although new age is a maligned category for a reason, and we’ve all run into treacly albums of trite melodies mixed with flutes, birds and the occasional whale, and promptly gone running in the opposite direction. Seraphim does have flutes, birds and some trite melodies (apparently, they saved the whales for their next album, Voyagers). It also has some sections of very soothing and stately music that recall the work of Vangelis. That’s right, the guy who almost replaced Rick Wakeman in Yes instead of Patrick Moraz. Suddenly, those Jon and Vangelis and Patrick Moraz/Bill Bruford albums come flooding back into your memory, and you realize that maybe a Sutin/Howe album isn’t so bad after all. In fact, I find this album very calming and lovely in spots (“A Venetian Passage,” “Seraphim”), certainly better than pointless jazz or aimless airiness.

So forget that this is a Steve Howe album. Rub his name off the cover with an eraser if it helps. Then approach this as a new age album by an artist you’ve never heard of, and you’ll find it a pleasant companion for a peaceful walk through your mind. Or ignore it altogether and buy yourself another round of Homebrew.