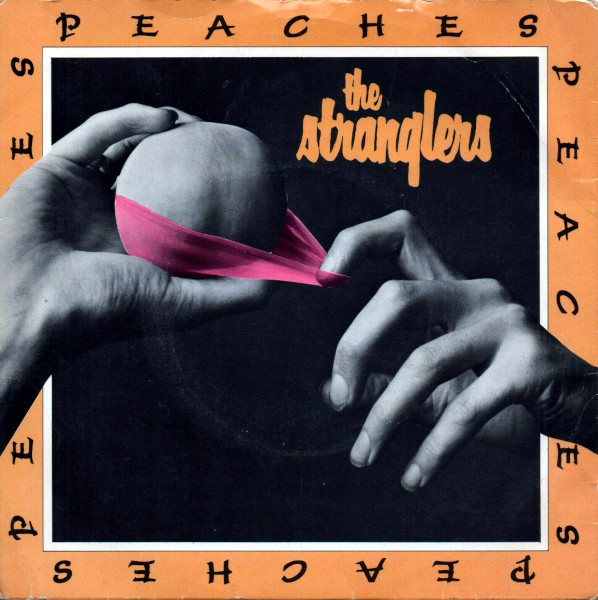 An open booty call in army boots, this is one punk anthem I can get behind.

Before The Stranglers dissolved into what most certainly was not a punk rock band, they released one of the greatest singles of the early punk era: “Peaches” b/w “Go Buddy Go.” Peaches was a lascivious, leering walk along the local strand in combat boots (or whatever kind of heavy footwear Jean Jeaques Burnel’s growling bass implied). Where Sex Pistols sounded out of control, The Stranglers are very much in control. The tightly coiled guitar, bass, drums and keyboards simmer but never boil over, while Hugh Cornwell’s deadpan droll and unbridled libido are both chilling and, in a strangely vicarious sort of way, exhilarating.

The flip side featured a clever bit of marketing by claiming “This is not the B side either,” making this a double-A single by default. That said, Go Buddy Go has “B side” written all over it. A rock & roll raver, it features Burnel on snarling bass & vocals, doing his best Sid Vicious impression while the rest of the band lives down to punk’s leather jacket & chain aesthetic with a messy, menacing rendition of 50s rock and roll. Lyrically, “Go Buddy Go” tells the story of a friend, Bob, who arrives at a party, pursues the object of his affection from afar and progresses over the course of the song from wallflower to womanizer. In case you’re interested in these sort of things, this single was the longest charting of The Stranglers’ career.