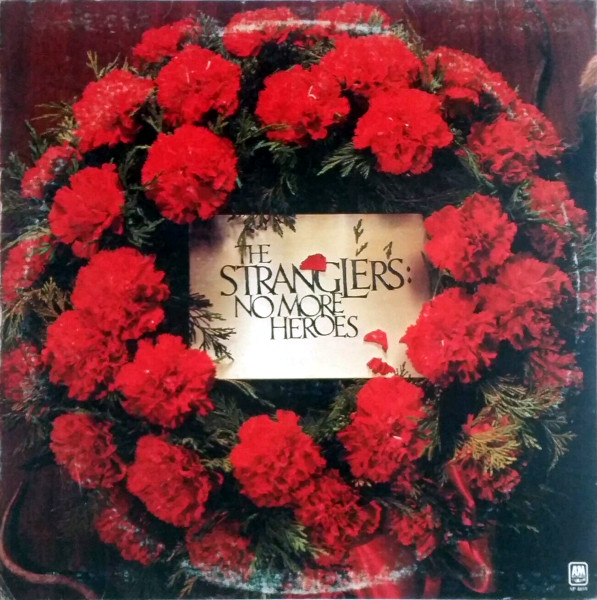 A deliberately darker and more vulgar record than the first, but with shockingly good results.

A group of middle-aged punks was a scary thought. But a group of middle-aged, racist pedophiles? Waaay scarier. No More Heroes goes well beyond the boundaries of good taste in its efforts to outshock its audience. To its credit, it’s also a fantastic record, regarded by many as the quintessential Stranglers album. Whether or not you agree with that assessment (I would probably pick The Raven myself), there’s no denying that No More Heroes is an early punk classic.

The band has since backtracked on I Feel Like a Wog, stating that it was intended to be anti-racist, but I’m pretty sure that’s a load of sh*t. In their defense, I don’t think the band was trying to be racist, just tasteless. Bitching rocks in a Stranglers sort of way, and it’s one of several tracks that sound uncannily like early XTC. I suppose there’s only so much you do can with an organ in a punk band. Burning Up Time sounds even more like XTC. Dead Ringer is one of two tracks to feature an absolutely ghoulish Dave Greenfield on lead vocals. Peasant in the Big Shitty is the other, and it’s easily the best vocal performance on the album. I vote Dave Greenfield to be the band’s permanent lead singer.

Dagenham Dave is a surprisingly sympathetic story about a friend’s suicide and reveals some deep waters running under the band’s rough exterior0. If the Daleks from Doctor Who were capable of lustful thoughts, Bring on the Nubiles  would be their booty call. Side one ends with the classic Something Better Change, just about the best organ-driven punk song you’ll ever hear. Side two doesn’t miss a beat with the opening No More Heroes, which feels like The Doors on a fistful of speed. Now seems as good a time to mention how awesome Dave Greenfield is on this album. I wasn’t entirely sold on a punk band with an organ on the first album, but it absolutely works here, arriving at a psychedelic punk sound that manages to be highbrow and lowbrow at the same time. Not too many bands could sound equally authentic singing about Leon Trotsky and little girls.

If you can get past the lurid subject matter—and for some that will be a big If—you’ll hear heroes in the making. Of interest, the elpee label again references Stranglers IV in the album title, and I’m beginning to wonder if the band hadn’t created an alternate identity for itself as The Stranglers Four, an oddly fitting title for this horrorshow quartet.

A1. I Feel Like a Wog
A2. Bitching
A3. Dead Ringer
A4. Dagenham Dave
A5. Bring on the Nubiles
A6. Something Better Change
B1. No More Heroes
B2. Peasant in the Big Shitty
B3. Burning Up Time
B4. English Towns
B5. School Mam

Composed by The Stranglers.