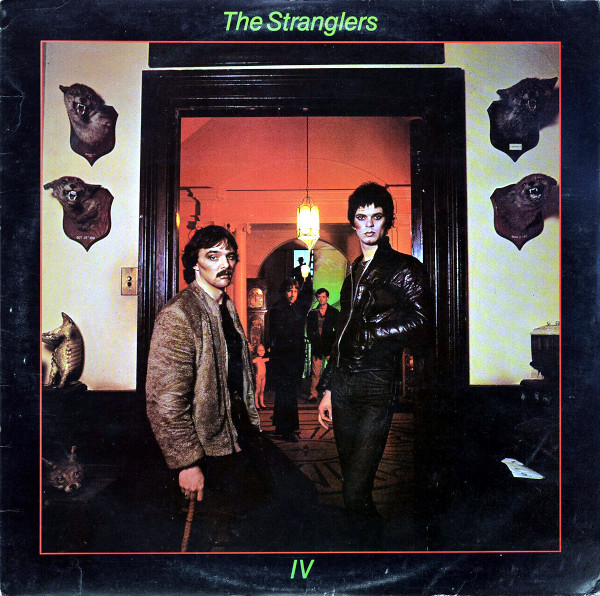 Opportunists, maybe. Non-conformists, clearly. The Stranglers’ first is a strange mix of punk and psychedelia.

Rattus norvegicus is the Latin name for the common sewer rat, a title both sinister and yet slightly erudite for a punk rock group. The same could be said for the music of The Stranglers. The group was initially swept up with the early punk movement, which would seem a misnomer for a band with an organ player, until you recall that the “punk” label itself was created by Dave Marsh (way back in 1971) to describe the music of Question Mark and the Mysterians. And if any band could trace their origins to the Mysterians, it was The Stranglers.

The band’s first album is regarded by some as a classic. NME ranked it #196 in their list of Top 500 albums of all time, although that is a truly bizarre list. From the opening moments of Sometimes, it’s clear that something wicked this way comes. The growling bass of Jean-Jacques Burnel and menacing vocals of Hugh Cornwell place the band squarely in the punk category—that is, until Dave Greenfield’s psychedelic keyboards enter the scene, and then you realize what a round peg they really are. That impression never goes away, even when the band is downplaying the demented carnival sounds (London Lady) or playing them up (Hanging Around). Punk and psychedelia are halves of the same black whole for The Stranglers. You knew they were smart just listening to a song like Goodbye Toulouse, but you’d never introduce the authors of Peaches or Ugly to your parents.

The Stranglers broke another of punk’s rules by writing songs that were too long. On the final track, they even commit the unforgivable sin of spawning that unholy holdover from prog’s gilded age, the multipart suite. But any good punk would tell you that rules were made to be broken, and I’ve always felt that The Stranglers’ insistence on doing things their own way was truer to the punk aesthetic than sticking a few safety pins on their shirt. At any rate, the label soon became irrelevant, just as it did for The Damned and Siouxsie and the Banshees.

There is, of course, no way of getting around the album’s uncomfortable moments. Peaches is plainly offensive… and also pretty hilarious. “Ugly” is just, well, ugly. Burnel epitomizes punk with his nasty bass and nastier vocals. Dave Greenfield’s keyboards are so garishly out of place as to shock the senses. It’s a strange mix, a real car crash between psychedelia and punk. The real question mark is how this album came so close to being the #1 selling album in England, but I guess you have to remember the times and the fascination that the world had with all things punk. It is a really interesting record, if rough around the edges, but better than Damned Damned Damned? Heck, no.

All songs written by The Stranglers.