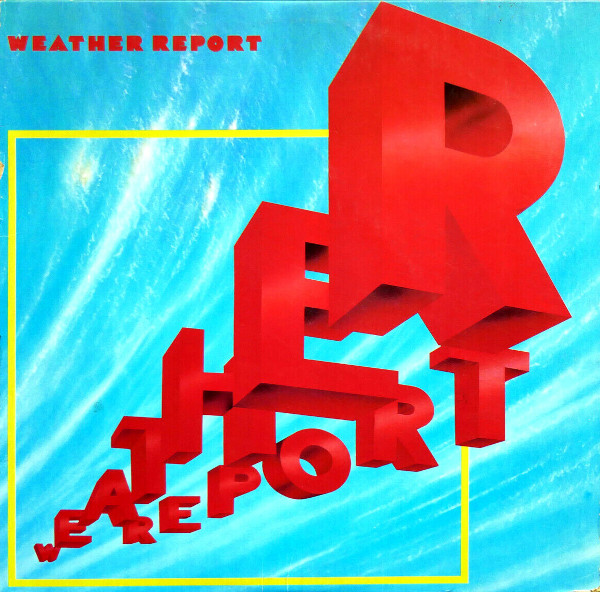 More or less a Zawinul solo album, featuring lots of synthesizers and their most popular lineup for one last fling.

Kronomyth 11.0: I sing the body electric and other stories.

Beginning with Mr. Gone, the machines took over as Joe Zawinul’s arsenal of synthesizers became the dominant musical element. For all intents and purposes, Weather Report is a solo Zawinul album. It’s brilliant in spots, particularly when Z happens upon a really interesting combination of rhythm and sound, but it’s also a terrible waste of talent considering how little Wayne Shorter and Jaco Pastorius contribute to the final product.

The opening Volcano for Hire is a promising start, combining Z’s postmodern arrangements with one of those timeless Weather Report melodies that seemed to flow so effortlessly on albums like Heavy Weather and Black Market. Current Affairs unpacks another winning melody, handled deftly by Shorter, who increasingly served as the soul in Z’s machine. The thee-part N.Y.C. begins with a noisy cityscape, introduces another of its deranged toybox rhythms and swings in the middle, though the impression is again of a solo Zawinul record rather than a group effort.

Dara Factor One features another memorable mecca-rhythm and (unthinkable!) synth bass. Maybe someone should have reminded Z that the greatest bass player in the world was in the room. Speechless is the album’s perfunctory ballad. What It Was Now turns the tables by pushing Z’s synthesizers into the background as Shorter delivers his own edgy vision of the future. Dara Factor Two is arguably the most balanced song on the album, giving everyone an equal share in the mix while still using the modern machine rhythms that serve as the album’s calling card.

Weather Report is the last album to feature Jaco, although his absence is already felt here. In fact, the whole band seems to have one foot out the door, with the other foot following before the release of their next album, Procession. Viewed as a Zawinul solo album, Weather Report is a step forward in his increasingly synthetic fusion of jazz and machine. With the rest of the band a step behind him, there was little doubt who was leading the band at this point.