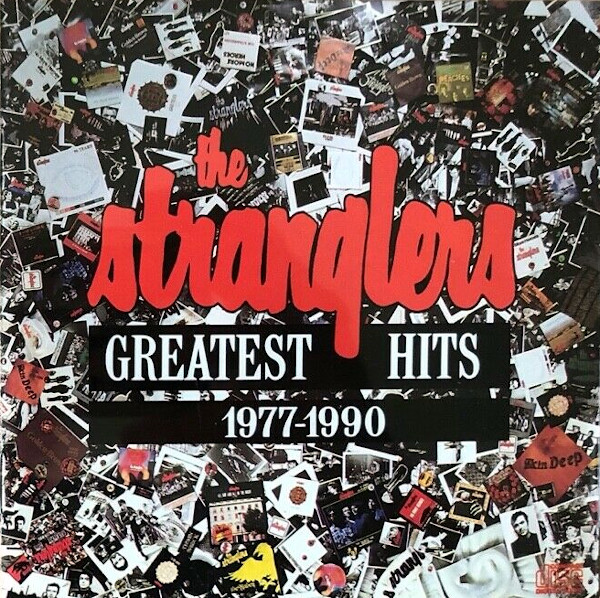 That sound you hear is actually me choking on my anger at this half-assed collection.

Where’s the Nuclear Device? Where are the men in black? Bah, you weenies!

Greatest Hits is a choking of Epic proportions, an easy-listening disc from a band that tried its damnedest to be difficult (in the beginning anyway). Epic picked up the band in the soft middle of their manhood when they were making flaccid, continental pop music (“European Female”), so maybe the point here was to push their own product.

I can’t complain about the earliest selections (greatestits indeed), though I would have passed on the Doorsy version of “Walk On By.” And, as I knoweth The Raven, I can tell you that “Duchess” isn’t the best thing on there by a long shot. But the real disappointment begins with “Skin Deep.” From there, it doesn’t get any deeper, just superficial pop songs saved by the occasional killer chorus (“Nice In Nice,” “Always The Sun”). Also, including three covers on here, none of which are “White Room,” is lame.

Normally I don’t get this worked up over any greatest hits collection, but The Stranglers are a band who never got a fair shake in the US. Even the catch-all compilation Stranglers IV does a better job of selling them. Pick up Rattus Norvegicus, No More Heroes, The Raven. Those are their greatest works. What Epic assembled are their grievous hits: “96 Tears,” “Big In America,” “All Day And All of the Night.”

I bought this disc hoping to recapture some of the magic I remembered from my old Stranglers records. Aside from a few stragglers, this is gloss-dross from a jaded middle age, bound to baffle anyone who sought out The Stranglers for perverse pleasure.

A1. Peaches
A2. Something Better Change
A3. No More Heroes
A4. Walk on By (Burt Bacharach/Hal David)
A5. Duchess
A6. Golden Brown
A7. Strange Little Girl (The Stranglers/Hans Warmling)
B1. European Female
B2. Skin Deep
B3. Nice in Nice
B4. Always the Sun
B5. Big in America
B6. All Day and All of the Night (Ray Davies)
B7. 96 Tears (Rudy Martinez)
B8. No Mercy*

* Not available on elpee version.
All songs written by The Stranglers unless noted.