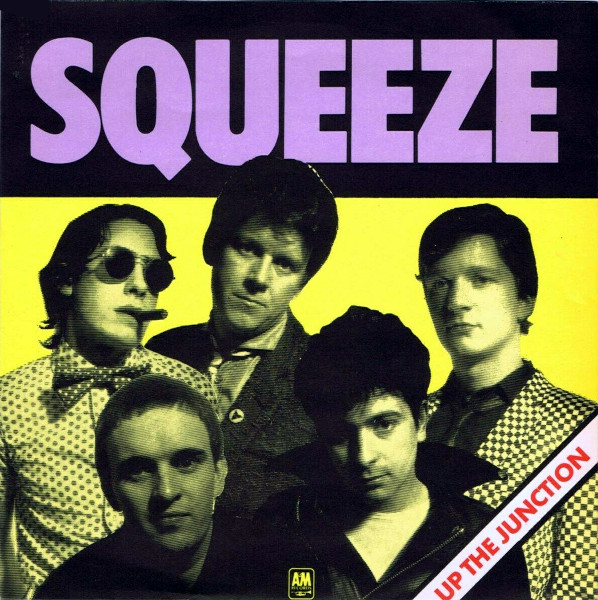 A pop song about an alcoholic who loses his wife and daughter? That’s English gold right there.

As a young American, I didn’t know anything about the English working class experience other than what filtered through my stereo speakers. Squeeze, Madness and even The Clash implied a nobility of character and camaraderie in the working class that made it seem romantic. Up The Junction may be the most hopelessly romantic of the lot, a story of a failed relationship that ends in the bottom of a self-pitying pint. Making a pretty song out of such an unpretty tale seemed quintessentially English to me at the time, and explains why Squeeze, Elvis Costello and other English pop stars were drawn to American country music.

The B side, It’s So Dirty, feels like a leftover from the oversexed Squeeze album. No romantic notions here, as Chris Difford writes about the joys and perils of cuckolding another man’s missus. A short guitar solo my be its most redeeming feature. Glenn Tilbrook always seemed pressed into service as a lead guitarist, but he pulled out some very serviceable solos all the same. Both sides of the single are identical to the album versions found on Cool for Cats.