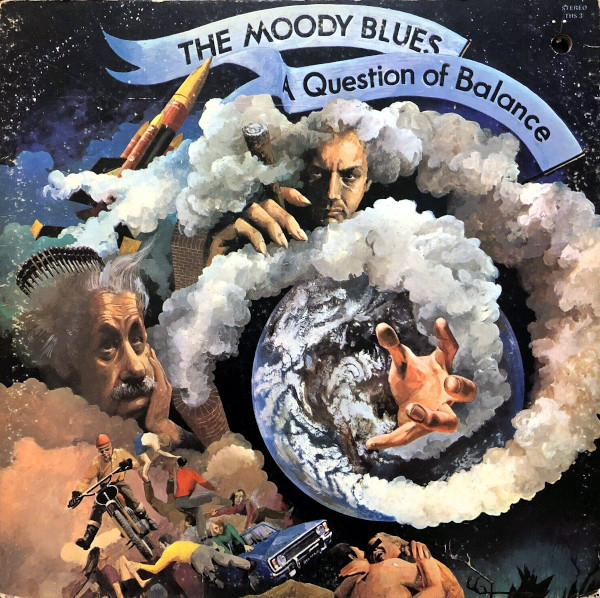 A less delicate album than their last, but with the usual assortment of delicacies from all five members.

The vainglorious beasts of summer, boasting in their ardor, had their mungoes. But as for us, the whisperers of secrets, the summer was a seeking of balance. The Moody Blues’ last album was admittedly understated, timid even. Producer Tony Clarke didn’t make the same mistake again, and A Question of Balance, while cut of the same cloth, was a more robust-sounding record than the titularly challenged To Our Children’s Children’s Children.

The album’s title likely draws its name from the band’s Spring single, Question (included here as the opening track), and the carefully preserved balance of songwriting from every member. Once again, the effect is like a box of mixed chocolates, from the sour (Mike Pinder) to the sweet (Justin Hayward). Although nothing on the album is as immeditaley catchy as “Question,” Hayward’s It’s Up To You is nearly up to the task and Pinder’s Melancholy Man is the very model of a memorable maudlin melody.

In a notable departure from the past, A Question of Balance doesn’t begin with Graeme Edge’s philosophical poetry. You’ll have to wait until the end to hear that, and even then The Balance is only a half-poem (ah, but what a half!) with half a wonderful song from Ray Thomas tacked on. Mike Pinder’s pro-Earth How Is It (We Are Here) features some wonderful imagery (“Men’s mighty mine-machines digging in the ground”), Ray Thomas delivers one of his best ballads, Graeme Edge whispers along to his very own song and John Lodge comes up short with a soppy fable. The second side features two tracks from Hayward, including the gentle Dawning Is The Day and Lodge giving peace a second chance (Minstrel’s Song).

The Moody Blues made albums, not singles, but they understood the music machinery well enough to know that at least one radio-friendly hit would keep them in the public ear. A Question of Balance continued their winning ways, reaching #1 in the UK and #3 in the US, eventually selling over one million copies. It is probably not the first, second or third Moodies album you need to own. In fact, the succession of Children, Question and Every Good Boy Deserves Favour has always represented the soft middle of the Moodies to me. I’m not knocking softness, it’s a hard world in sore need of the stuff, simply pointing out that it was the earlier albums that launched their career, and what followed is a floating in space: lovely to behold but a bit less thrilling. 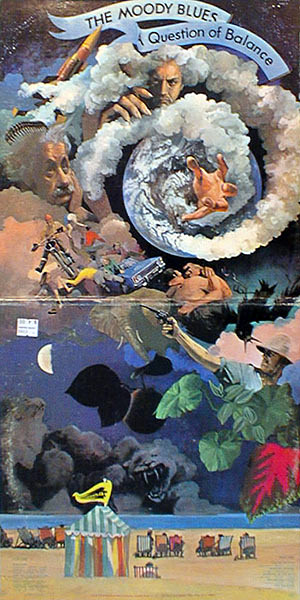