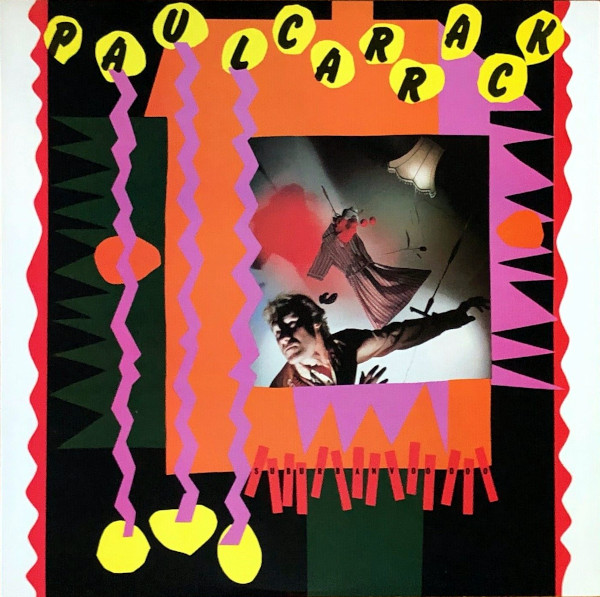 The most tempting of his solo albums, featuring the crew from Nick the Knife.

Kronomyth 2.0: Sliced fruit from a stranger.

Paul Carrack has a charming voice, which helps immensely when you’re delivering a line like “I need you like a fly needs a plane.” If you’re wondering how Lowe he could go, Suburban Voodoo has your answer. Nick Lowe produced the record, cowrote six of the tracks and brought in his backing band to play it. As a result, it sounds like a Nick Lowe record, but you won’t hear me complain, I like Nick Lowe. (I also like saying the name “Nick Lowe” apparently.)

Most of the English pub pop records sound the same to me anyway: Paul Carrack, Squeeze, Ian Gomm, Nick Lowe (thunderous applause). Squeeze is the cleverest of the lot, Lowe below them, but the voodoo that Paul Carrack does isn’t so different in effect: I Need You, What a Way to Go, Lesson in Love. Mostly he’s the life of other people’s parties: Ace (“How Long”), Squeeze (“Tempted”), Mike + The Mechanics (“Silent Running”). Here he’s an ingratiating host, the punch is pretty punchy and there’s plenty of cake for everyone.

It didn’t titillate any of the A&Rgoyles to plan Paul’s next party, but middle-aged men with thinning hair are hard work to market (and I had the eHarmony page to prove it). Also, records like these require a lot of involvement from other people: players, producers, songwriters. They usually come on the coattails of a hit single with somebody else and carry over from other sessions (Nick the Knife, Mike + The Mechanics), sort of a party made from leftovers. Squeeze and Nick Lowe fans will find the food familiar: From Now On, Out of Touch. While it’s not quite in the neighborhood of an East Side Story, Suburban Voodoo is nearly as sharp as Nick’s last record, which is a cut above average.