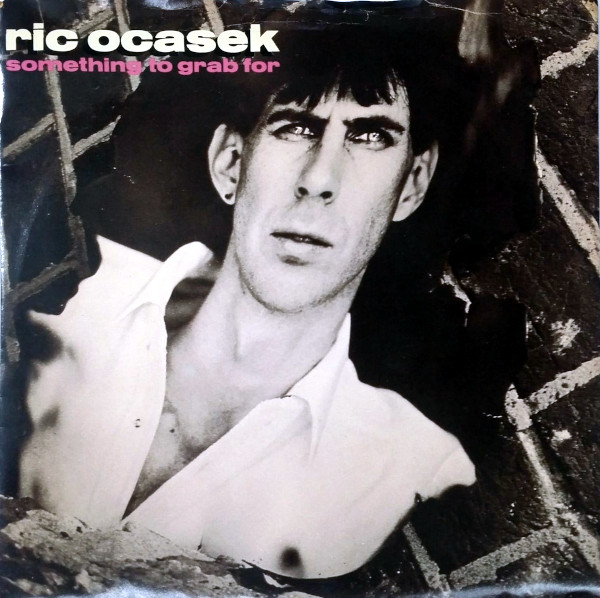 The opening single from Ocasek’s first solo album failed to crack the Top 40, and back in The Cars he went.

Kronomyth 1.2: There’s no such thing as now or never, there’s only twilight.

The first single from Ric Ocasek’s first solo album was the Cars soundalike, Something To Grab For. The song and the video, featuring the by-now mandatory gorgeous model, was more or less what you expected (in my case, less). A short guitar solo comes courtesy of Casey Lindstrom, the guitarist in The New Models, a band that Ocasek had recently produced. The tension/release style had served Ocasek well in The Cars, but it was beginning to feel formulaic at this point. Then again, if you were going to follow a formula, there were worse ones to follow.

The flip side was Connect Up To Me, a moody number with filtered vocals and a science-fiction feel. Listening to this track, and to a lesser extent the A side, I was struck by how much music sits just below the surface, most of it synthesizers. It’s possible that my issue with Beatitude has to do with its understated production or poorly balanced mix, since there is clearly more to “Connect Up To Me” than first meets the ears. Both tracks, for the record, are identical to the elpee versions.