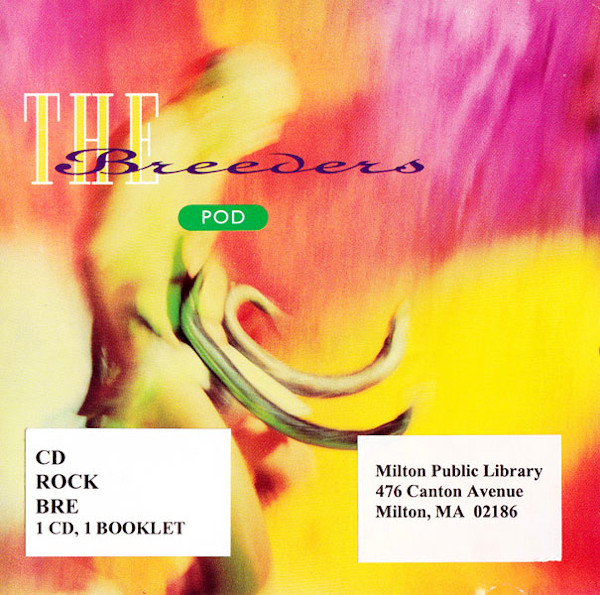 If you were tired of waiting for the next Kim Deal song to come around, the wait is over.

Tired of playing second bananas to a couple of fruitcakes, a pair of chicks hatch an escape plan called The Breeders and sail off from the heavy orbits of Planets Black and Hersh in Pod. Along the way, they pick up a lesbian bass player and some meatstick on the drums, land on a new world of asexuals, angry dykes and alternative critics and are quickly crowned Queens.

Recorded in raw reality by Steve Albini (Surfer Rosa), The Breeders don’t bother with that boy-band Beatles fantasy bullshit. They knock out 12 songs in 30 minutes, steal a page or two from Pixies and, with Kim Deal writing nearly everything, release an album as good as anything Frank Black knocked off on his lonesome. By the time the second track rolls around (“Doe”), you’ll be thinking about the next Breeders album and not the next Pixies album.

Although it’s not a perfect album, Pod has more Doe’s than Don’t’s, including “Glorious,” “Fortunately Gone,” “Hellbound” and “Only in 3’s.” The biggest misstep here is a cover of “Happiness Is a Warm Gun” that tries (and fails) to outrock the original. Otherwise, Pod is a loose and sweet low-fi wonder that kicks your teeth in and then kisses you on the cheek.

If you enjoy the Pixies, well, duh; everyone likes the Pixies. But no one expected The Breeders would be anywhere near as good, and they are. Too bad these would-be poster grrls for the 90s couldn’t keep it together, since they rock smarter and tougher and better than a lot of those boy bands.