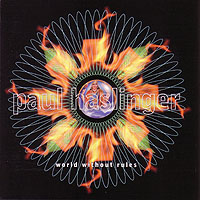 Genus: mecca mechanica. A hybrid moonflower whose red petals hide from the harsh middle eastern sun, revealing its blossom only to the gentle moon. How does such a thing come to be? As all things, with a story. In the beginning, in the age of innocence and anarchy, before man learned to write and found that he could impose his will on others with laws and rules, there was only freedom and love. And so it came to pass one day that a brother and a sister fell in love and decided to become man and wife. This displeased not one god, but one man. He was a hard man, a desperate man, a jealous man who wanted the young woman for himself. And he called upon the dark, forgotten gods and cajoled them back into the affairs of man with a promise. I will do your bidding, the hard man said, if you will give me power over mankind. The dark gods agreed, and their will became law, and the hard man became the supreme lawmaker. And laws were passed that served the dark gods’ designs; man and woman alike came under the harsh yoke of law, and the sweetness of freedom faded from the landscape. The supreme lawmaker alone had freedom and used it to invent laws that suited his pleasure. So he forbade the marriage of brother and sister, and the brother and sister who were husband and wife became criminals. The pair were dragged from their home and brought before the supreme lawmaker, who offered to spare their lives if the woman would become his mistress. But their love for one another was stronger than their love for a life without freedom, and they did not accept his offer. So he condemned them to death. They were chained together to a pole, back to back, to be burned alive. As the flames rose, a god of lightness took pity on them, and lifted their spirits from the fire. As their spirits lifted, a dark god saw this and tried to stop their spirits before they reached Heaven. In the tug of war, the two spirits of the brother and sister were accidentally trapped at the midway point of the moon, and there they remain to this day. On the one face is the woman, on the other the man, together and yet unable to see or kiss one another. The tears they cry meet at their southern axis, commingle, and drop to the sands below. And from these tears grow the moonflower. Its silver root strands slink through the warm sand in search of the cool rhythms that reveal underground rivers and streams, and the scent of its spores spell dreams in the minds of those who dwell in the night desert. (This disc is too extraordinary to confine in a standard review, so the preceding is a reverie written in the waning light of day while listening to World Without Rules for the fourth time today. Having only recently made its acquaintance, I now can’t imagine my world without it.)