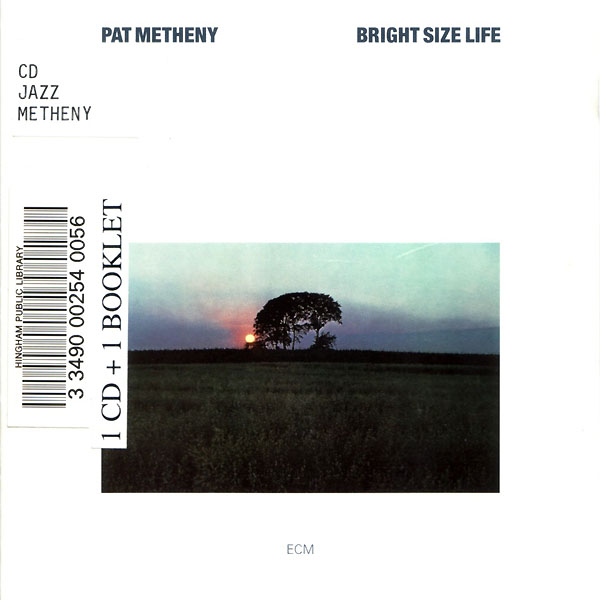 An impressive debut that runs hot and cold in the best sense, featuring Jaco Pastorius and Bob Moses in a trio setting.

Pat Metheny’s debut features him in a trio setting with drummer Bob Moses (who played with Pat in Gary Burton’s band) and a young Jaco Pastorius. Burton provides the letter of introduction and Metheny then proceeds to dazzle in his debut with seven original compositions and a swinging closer from Ornette Coleman. The opening title track gets the album off to a racing start with Metheny’s graceful, fluid soloing and a solid melody.

Despite several titular references to his Midwestern roots, only one track (“Omaha Celebration”) points to the Americana jazz of later works. Instead, the songs tend toward the iciness of his next album (it was recorded in Germany rather than Norway) or a warm, fluid style that dances with glee. Moses and Pastorius prove to be the perfect dance partners, shifting busily beneath the complex and sometimes obfuscated melodies (e.g., “Missouri Uncompromised”). Paco gets a chance to showcase his signature fretless bass sound on several tracks (“Sirabhorn” may be the best of these) while Moses shines on “Unquity Road.”

The real star, of course, is Metheny, who quickly establishes himself as the new kid in the Jim Hall school of jazz guitar. Although the technical execution of Metheny and Pastorius would improve with time, it’s clear on Bright Size Life that both are destined for great things. Fans of the pair will find this disc nigh irresistible and be rewarded for their curiosity. Later albums from Metheny may shine brighter, but Bright Size Life presents an alignment of stars that cannot be easily ignored.

All songs composed by Pat Metheny unless noted.