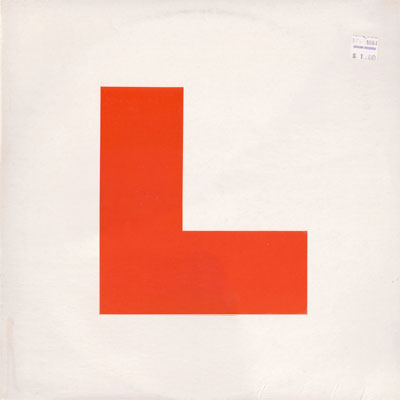 Godley and Creme explore the darker side of pop music and live up to the “art for art’s sake” aesthetic.

Welcome to L. The convoluted carnival rides like “Rubber Bullets” and “Life is a Minestrone” were just appetizers, it turns out. The real hijinx happen here: songs about suicide and being beaten up as a kid. When the most commercial song on an album is called “Sandwiches of You,” expect anything but normal. In fact, the second album from Lol and Kev is so standoffishly strange it will send all but the most adventurous 10cc fans packing off for “Dreadlock Holiday.”

If L has a guiding principle, it’s art for art’s sake. Apparently, the pair felt confined by 10cc. Since their exit, they’ve been on a mission to show how their big ideas couldn’t fit in their old band’s little britches. The closing stab at M.O.R. (middle of the road) music, “Hit Factory/Business Is Business,” sums it up: Godley and Creme wanted to stay as far away from “safe” as possible.

I didn’t appreciate L immediately. I wanted the melodic mischief of “The Dean and I,” not the internal (and sometimes inscrutable) griping of “Group Life.” But the album is an amazing accomplishment for two people. (More amazing is the fact that Lol and Kevin were still talking to each other after such a painstaking process.) To those convinced that Godley and Creme are the unsung heroes of art rock, L is for Lemme Show U Sumthin. “The Sporting Life,” “Sandwiches of You,” “Punchbag” and “Business Is Business” each have their moments. They’re sometimes nothing more than moments of pleasure, however, separated by minutes of discomfort. Assuming the weirder experiments of 10cc weren’t weird enough for you, and you’re willing to sacrifice melody to get the weirdness, then L is for Love. Otherwise, stick to 10cc.

All compositions written by Lol Creme and Kevin Godley.