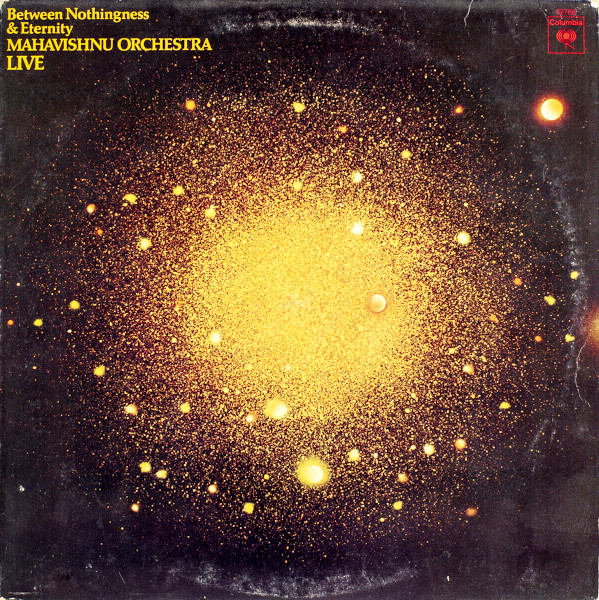 The original lineup, in death, choose live as the proper venue for their last thrill and testament.

Kronomyth 3.0: No mentor worthy of my calibre have I.

Between the recording and release of the band’s third album, something happened. Rising tensions, battling egos, drifting intentions, the natural chaos that attends most human enterprises, who knows? Whatever the reason, the result was that Mahavishnu Orchestra, arguably the greatest fusion band of their time, ended up arguing over whether or not to release the new material they had just recorded for their third album. They chose not. Still owing Columbia one more album, the band took the unusual step of presenting a live performance of the material as their alternative.

In a sense, the decision to present their compositions in a live performance setting is truer to the natural separation of the acts of creation and presentation. Yet the material naturally morphs in the movement from studio to stage; solos become more frequent, songs become longer. And so Between Nothingness & Eternity is ultimately a hybrid of the original vision and the re-vision that naturally occurs in the retelling. It is also, like their previous two albums, a stunning musical achievement. I probably should have worked that in earlier.

Side one starts with a familiar gong that softly ushers in the opening Trilogy. The first theme, The Sunlit Path, is a burst of joy for prog fans that recalls the complex arrangements of Gentle Giant. It’s an unexpected turn and one that immediately caught my attention and approval. Digital birds and arpeggiated dream guitar emerge on La Mere de la Mer, which soon shifts into the instrumental intensity that made the band’s live performances legendary. Jan Hammer gets his funk on for Sister Andrea, then slips a sneaky theme into the middle that again will delight prog fans. Beginning to end, the first side of Between Nothingness & Eternity stands with any side of plastic in their oeuvre.

The second side is entirely devoted to John McLaughlin’s Dream. This is in many ways a platform for an endless series of solos between McLaughlin and the rest of the band. Billy Cobham is an absolute beast on this song; the only regret is that the drums weren’t better miked. (Maybe that’s a general regret, since the limitations of a live recording mean you don’t get to hear every note being played, and Mahavishnu Orchestra plays a lot of notes on this album.) McLaughlin’s guitar remains the focal point through most of the dream, and there’s one section in the middle that sounds (to me) remarkably like Pete Townshend’s solo bridge on “Who Are You” (great minds…).

A shadow falls upon the album as you realize that all good things must come to an end. I don’t recall the same sense of loss when Weather Report switched up the lineup on Sweetnighter. It’s hard to hear Between Nothingness & Eternity without hearing the premature end of a planetary alignment of talent. It isn’t a perfect swansong, perhaps because life on this world is imperfect. The quest for peace and perfection leads us toward a different world, and we have but a taste of perfection and peace in this one. Albums like this are thus to be savored, perhaps secretly treasured for a time, but disappear like morning mist when the sun of eternity rises.