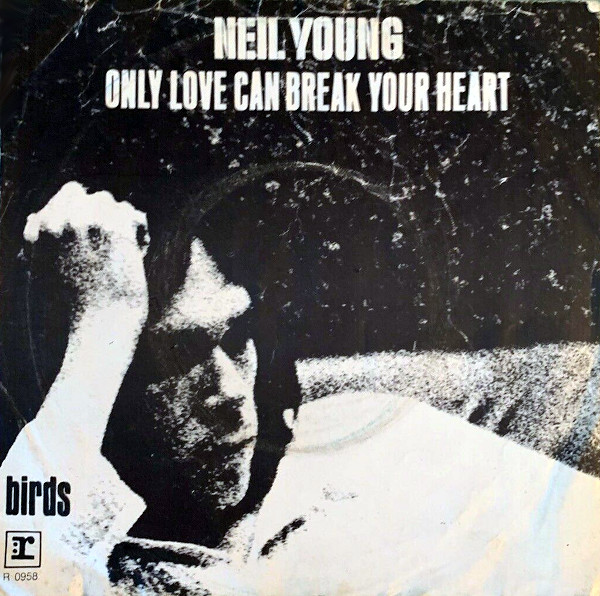 His first Top 40 single is said to have a pair of famous lovebirds as its backdrop.

The first single from Neil Young’s brilliant third album, After The Gold Rush, was this endearing waltz. Only Love Can Break Your Heart shows a softer side of Neil Young, the sort of thing that might have felt at home on a Todd Rundgren or Carole King album. In other words, probably not exhibit A when discussing the man’s best work, but still craggy enough to avoid the middle of the road, more melancholy than mellow. The song is purportedly about Graham Nash’s breakup with Joni Mitchell, in case you care about these things.

The B side is a very different version of Birds that features a full backing band instead of the elpee version’s stark piano accompaniment. Though shorter, it’s the superior version in my book, and moves with the kind of cool stride that made you think of Neil Young as Bob Dylan’s crankier cousin. That’s probably Neil playing vibes on the song, an instrument you don’t immediately associate with the man.