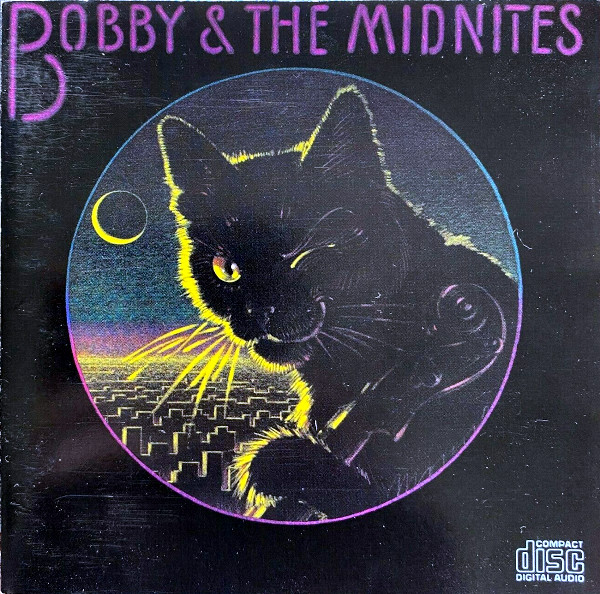 On paper, it looked like Kingfish had collided with a jazz fusion band: Bob Weir, Matthew Kelly, Billy Cobham, Alponso Johnson plus Bobby Cochran and Brent Mydland (who had been on board the Bob Weir Band since 1978) as the passengers. On vinyl, well, it’s a car crash alright. Weir and his benighted Midnites can’t seem to decide whether they want to be The James Gang (“Haze”), the E Street Band (“Too Many Losers”), Foreigner (“Me, Without You”) or the Bob Weir Band Mk. II (all of side two).

I had honestly expected this album to be a lot jazzier, given the presence of Cobham (Mahavishnu Orchestra) and Johnson (Weather Report) coupled with the fact that Weir’s work on Go To Heaven (which was also produced by Gary Lyons) was clearly moving in that direction. Bobby & The Midnites, it turns out, is just a wrong turn. I’m not sure Arista ever knew what to do with Bob Weir in the first place; he inherited whatever producer the label had signed for the Dead, and his records seemed to make too many commercial concessions. Gary Lyons has a heavier production hand on the first Bobby & The Midnites album than he did with the Dead, which results in a more contemporary studio rock sound that overshadows (and effectively cancels out) the contributions of Cobham and Johnson.

The second side of music, written almost exclusively by Weir, is closer to what Dead fans might have reasonably expected: blues (“Josephine”), ballads (“Carry Me”) and a song tailor-made for concerts (“Festival”), as well as the unexpected “(I Want To) Fly Away,” which incorporates reggae music into a highly original rock arrangement. That track and a cover of The Heptones’ “Book of Rules” suggest that maybe the band should have made an album of reggae music instead of trying to cover rock and roll from every angle. It’s not the Dead, it’s not disco, and it’s not the fusion of jazz and rock that its parts would indicate. I haven’t heard the band play live, so I couldn’t call it a failed experiment, but the first Bobby & The Midnites album does seem like missed opportunity to me.