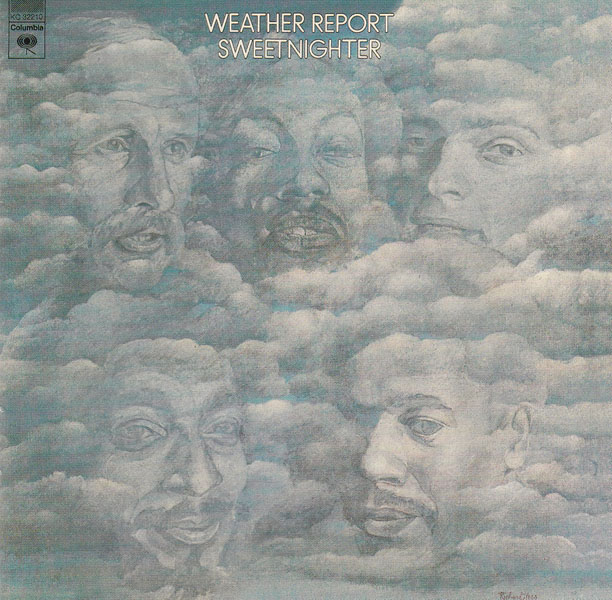 Sweetnighter is where the relationship with Eric Gravatt and Miroslav Vitous soured. Wayne Shorter and Z had decided to explore funkier terrain on this album, which left the jazz-inclined Gravatt and Vitous out in the cold. Oddly, Weather Report didn’t replace them; instead, they invited another bassist (Andrew White) and drummer (Herschel Dwellingham) to join them, apparently hoping that the extant rhythm section would take the hint. All of which makes Sweetnighter an unusual, transitional album, as it has the new rhythm section superimposed on top of the old. It causes some confusion on the two extended funk workouts, “Boogie Woogie Waltz” and “125th Congress Street.” A clearer vision of the band’s funk future emerges on the closing “Non-Stop Home,” which features only Dwellingham on drums and White on electric bass. This song, a study in contrasts between the sweeter Shorter and the revolutionary Z, is their most succinct track to date. Of the three funk experiments, “Boogie Woogie Waltz” is the best, filled with the kind of musical revelations found on earlier Weather Report albums. The remaining three tracks are similar to the still-life paintings of their first two albums. On “Adios” and “Will” especially, you can almost imagine a transfixed Eno listening to these songs and making notes for Another Green World. Despite its share of great music, Sweetnighter isn’t a personal favorite of mine. Two of the six tracks, “Manolete” and “125th Street Congress,” just don’t do it for me musically, and that’s a third of the album. The decision to open both sides of the album with extended funk workouts must have had a polarizing effect on fans up to this point. In retrospect, we can see that Weather Report would weather the storm and come out stronger on the other end, but at the time it must have seemed as though they were abandoning their experimental jazz roots and growing into some unmanageable monster. All totaled, Sweetnighter is two-thirds of a classic Weather Report album, which makes it required listening for fans of their first phase.