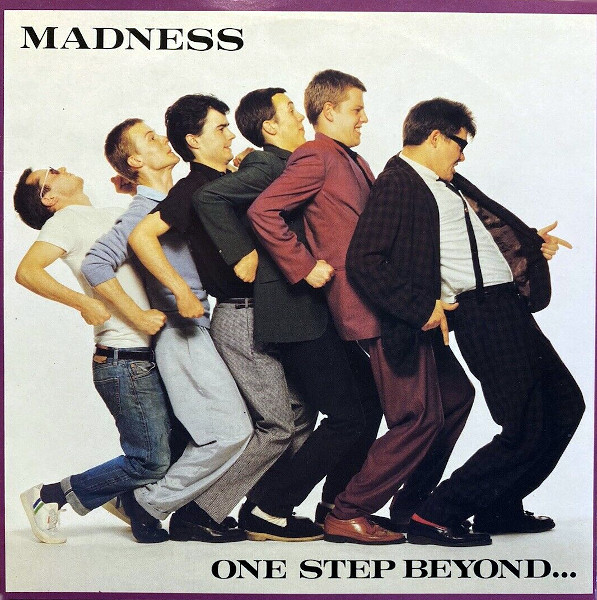 Get ready for the heavy, heavy monster sound of Madness, the nutsiest sound around.

One Step Beyond got my attention, but it was “Baggy Trousers” that won my affection. The band’s strident and supercharged version of the Prince Buster song never seemed sure if it wanted to start a revolution or a party. Of course, that was just my impression, no doubt tinctured by the punk uprising of the times. These days, I’m more likely to see Madness as a pythonesque ska fan club than social agitators.

The flip side, Mistakes, is the only Madness song to my knowledge credited to their previous lead singer/drummer/manager, John Hasler (who would go on to inspire “Bed & Breakfast Man”). It’s one of those wonderfully tuneful Madness songs that gets under your skin quickly, and far better than you’d expect from a nonalbum B side. I don’t think Mike Barson gets nearly enough credit for being a remarkable tunesmith.