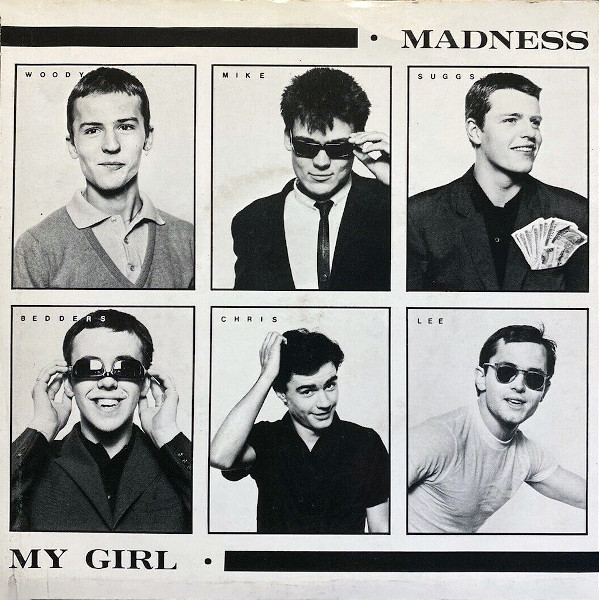 Mary Wells’ “My Guy” was a fantasy, but Madness’ “My Girl” hits a lot closer to reality.

Kronomyth 1.2: Girls are from Venus and boys are from Madness.

Women: You can’t live with them and you can’t dance without them. My Girl continued Madness’ winning ways in the UK with a single that nearly topped the charts. It’s not even one of their better songs, but such was Madness mania (or Madness madness) at the beginning of the Eighties. Again, a silly video helped their cause and continued to cultivate their image as a likeable bunch of blokes. The song also marked their departure from Prince Buster covers to a mix of English music hall and ska that would be their hallmark going forward.

For the flip side, UK audiences were treated to a nonalbum song written with original drummer/singer John Hasler, Stepping Into Line. It’s clever if a bit chaotic and would have felt right at home on their first album, One Step Beyond. A 12-inch single teased the future with In the Rain, which appeared on the band’s second album, Absolutely. It shows the leaps and bounds that the band was making, this time featuring organ and a richer sound reminiscent of other Stiff acts at the time.

A1. My Girl (Mike Barson)
B1. Stepping Into Line (John Hasler/Graham McPherson/Chris Foreman)