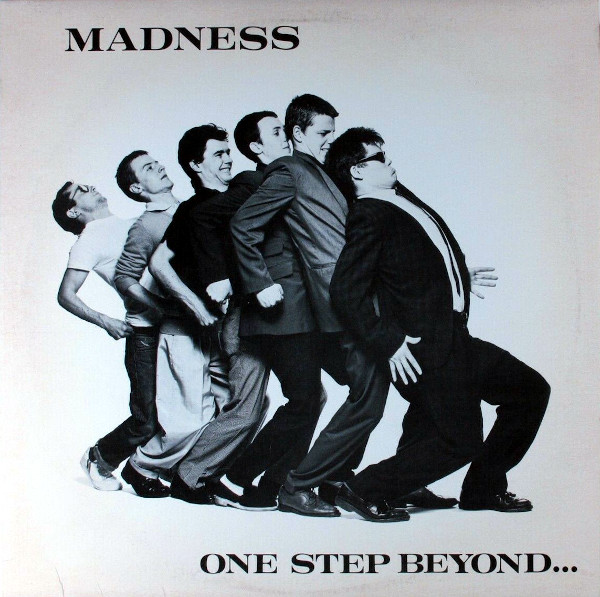 Ska mixed with music hall, helium arrangements and English humor, this was an instant classic.

Kronomyth 1.0: I call it gladness.

On one serendipitous day in October 1979, ska was the shot heard ‘round the world, as both Madness and The Specials released their debut albums. I quickly fell in love with both bands, although I confess that The Specials will always hold a special place in my heart. One Step Beyond… was almost too silly to take seriously, and yet listening to it was like being locked in a candy store.

While The Specials were clearly patterned after a ska band, there was as much of The Kinks as Kingston at work in the music of Madness. In fact, the band seemed like the perfect English pub rock band playing ska music for a long lark. Silly, quintessentially English videos fueled the idea that the band was having a big laugh with it all, while I’m not sure I’d ever seen anyone in The Specials actually smile. That’s not to say that Madness wasn’t authentic in their appreciation of ska — the band owed its name and the name of its first album to Prince Buster — but it wasn’t their only influence.

Madness was also chockablock with characters: the ever-grinning Mike Barson, Lee Thompson and his fez, Graham McPherson’s hyperkinetic energy and a likeable cast of members, all of whom looked like the lads next door. More impressive, each member could write a winning tune, which kept the music remarkably varied. Barson is the most complete songwriter of the bunch and accounts for some of One Step Beyond’s most memorable moments: Night Boat to Cairo, My Girl, Bed & Breakfast Man. But just when you think you have the band pegged, Thompson throws you a curve with Land of Hope & Glory, Razor Blade Alley and the Prince Buster tribute, The Prince. Even Chas Smash, a peripheral member at the time, gets into the songwriting act.

Although this is an album meant to be enjoyed from beginning to end, there are some tracks that naturally stand out. The two Prince Buster covers (Madness, One Step Beyond) are classics, played at a more frenetic pace with just a hint of punk rock’s energy, and McPherson’s hilarious tale of an evening underwear thief, In the Middle of the Night, is over too briefly. In between are a handful of interesting odds and ends, from an instrumental version of Tchaikovsky’s Swan Lake to the old-school Rockin’ in Ab. At fifteen songs, you get your money’s worth with Madness. And, of course, you get to hear ska mixed with helium and English music hall from a band that was smart enough to take their music, but not themselves, seriously.