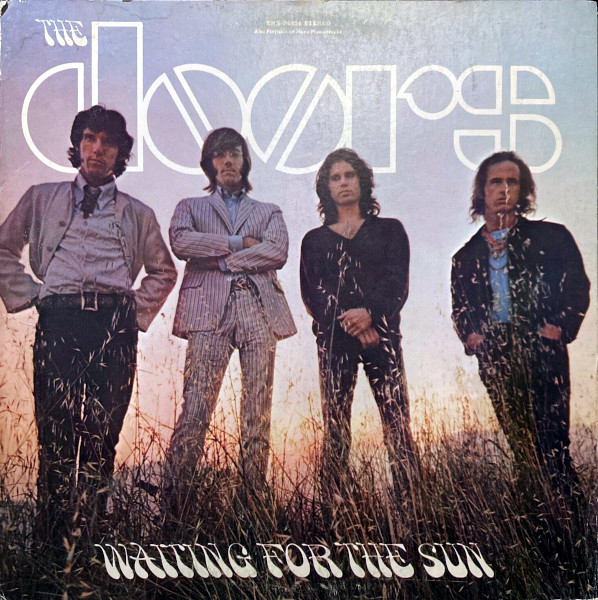 The band’s third album has a sunnier disposition than the first two, at least some of the time.

Kronomyth 3.0: The sun of strange days.

Dappled sunlight enters The Doors’ dungeon of despair and dislocation through a basement window on Waiting for the Sun. It’s found in the streaks of optimism that appear in between the dark shadows. Love Street, Wintertime Love and Yes, The River Knows are romantic ballads at heart, light moments contrasting the heaviness and spookiness of Five to One and Not to Touch the Earth. The balance of light and dark, while admittedly unnatural, marks The Doors’ third album as a different kind of journey than the first two albums.

For some, Waiting for the Sun lacks the intensity of The Doors and Strange Days. For others, it’s technicolor journey across a broader musical vista. Certainly, the album’s musical range is richer in many ways. Ray Manzarek’s keyboards are nothing short of supernatural, to the extent that it’s not even clear which instrument he’s playing. Robby Krieger also flourishes in the newfound sunlight on Spanish Caravan and “Yes, the River Knows.”

As for Jim Morrison, his lyrics continue to qualify as poetry. “Not to Touch the Earth” introduces the Lizard King (the inner gatefold cover features an entire poem dedicated to the idea), while The Unknown Soldier and My Wild Love are basically poems set to spare accompaniment. Morrison does sound out of it some of the time (e.g., “Wintertime Love”), but he’s still a magnetic force and producer Paul Rothchild knows how to wring every bit of energy from his dark star.

As with the albums before, Waiting for the Sun topped the US charts and produced another hit single with the psychedelic pop song, Hello, I Love You. (“The Unknown Soldier b/w We Could Be So Good Together had been released as a single a few months earlier.) While “Hello, I Love You” is classic Doors, it’s atypical of their third album, strident where much of the record lingers. You may wish to linger long at Waiting for the Sun too, as it contains some of their warmest, richest music, including what may be one of the earliest progressive rock songs in “Spanish Caravan.”

All selections written and arranged by The Doors.