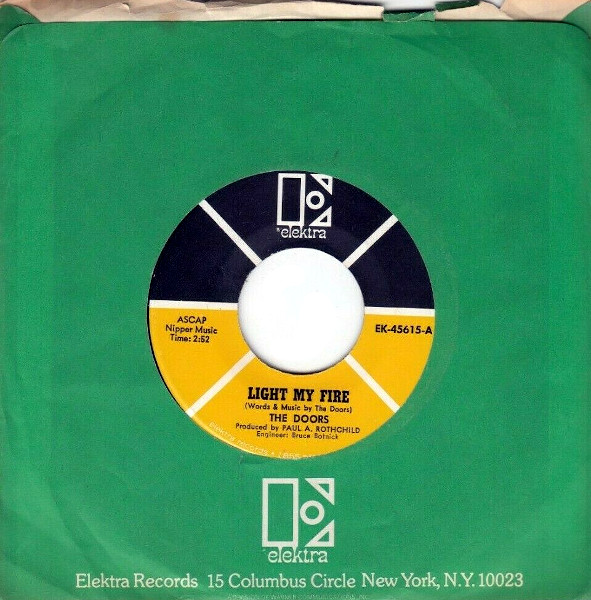 The Doors’ most recognizable song burns shorter but brighter on this edited single version.

Kronomyth 1.3: Boy, they couldn’t get much higher.

This, the quintessential Doors song, might not have been but for aggressive editing. The original album version of Light My Fire clocks in at almost seven minutes thanks to a four-minute jam session in the middle. Now, I wouldn’t suggest that the organ and guitar solos from Ray Manzarek and Robby Krieger aren’t central to the song’s spirit, but it’s likely that radio stations would have cooled on the idea of playing a seven-minute song all the time. A three-minute version of “Light My Fire,” however, was a much easier sell – to the tune of more than 500,000 copies in the U.S. alone.

The B side is an intact version of The Crystal Ship. It’s a testament to how good The Doors is as an album that this classic track could be considered as a B side. For most bands, this would have been a contender for the second single’s A side. Also, while some have grumbled at the idea of calling Jim Morrison a poet, I think “The Crystal Ship” is pure poetry.