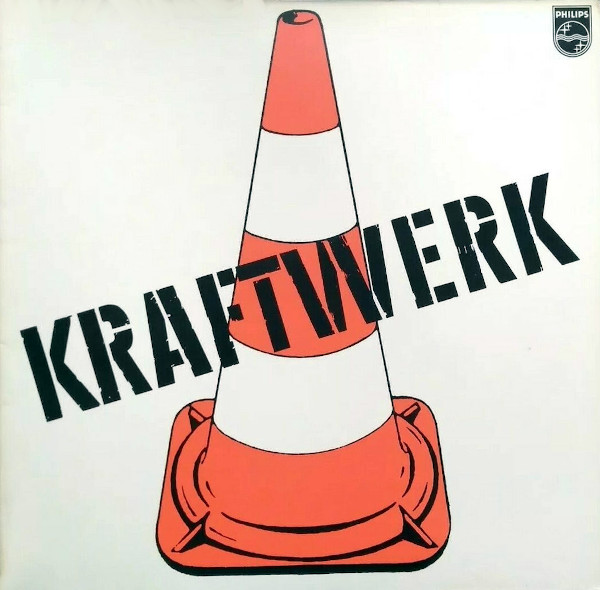 1970 was a seminal year for electronic music, as it saw the release of debut albums by Kluster, Kraftwerk and Tangerine Dream. Where Kluster and Tangerine Dream created dark symphonies of sound, the music of Kraftwerk is both exploratory and linear. Rock drumming is featured alongside electronics, distorted violins, organ and a rare appearance of the tubon (basically a keytar with a giant tube at one end). There are similarities between the three bands, to be sure, but no one in their right mind would suggest dancing to Electronic Meditation or Klopfzeichen, and Kraftwerk made me want to get up and dance a couple of times.

The opening Ruckzuck begins with mechanical flute-playing that soon morphs into a surprisingly playful groove of drums, flute and keyboards. In some ways, this is a glimpse of the future, a kind of embryonic “Pocket Calculator.” Stratovarius prominently features the violin (which you probably saw coming) and is a variegated piece that includes swatches of space music, industrial noise and electronic rock. It feels like several experiments compressed into one, but boring it isn’t.

Megaherz starts with machines and electrical hum before taking a warmer turn toward Oriental tones featuring flute and tuned percussion. It’s the album’s loveliest moment, a type of meditative music for robots. Von Himmel Hoch (which translates as “from Heaven on high”) introduces electronic sounds slowly (airplanes and bombs) before escalating into a full-blown jam between blips and beats. It’s the only track on here to feature drummer Klaus Dinger, who would go on to form the highly regarded NEU! soon after.

Not being familiar with the early Kraftwerk albums, I expected them to sound more or less like the shapeless, terrifying soundscapes of Tangerine Dream and Kluster. But Kraftwerk is a very different album. The dynamic between Ralf Hütter and Florian Schneider-Eselden isn’t of sonic sculptors wandering into the electronic fields where space and time don’t exist. It’s direct, almost scientific music with a surprisingly good beat some of the time and—even more surprising—a sense of humor.

All compositions by Ralf Hütter and Florian Schneider-Esleben.