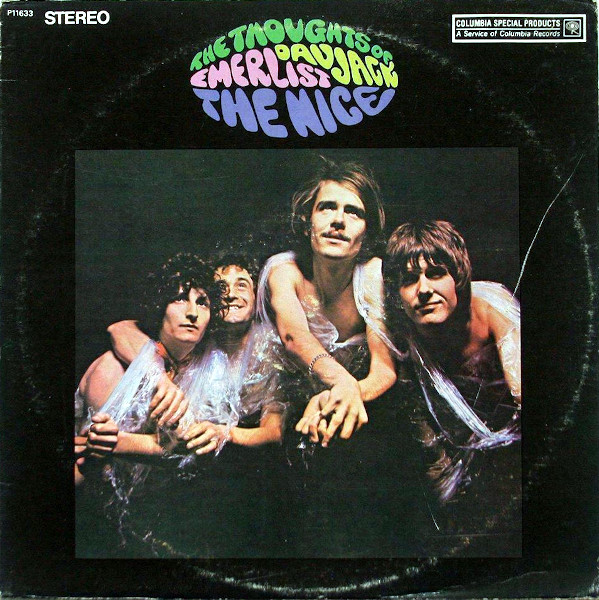 You can literally hear psychedelic rock morph into progressive rock on this classic debut from The Nice.

Whether or not what we’re witnessing here is the dawn of prog, The Nice certainly cast psychedelic music in a new light on their debut album. Recorded in August 1967, just as Pink Floyd released their first album, The Thoughts of Emerlist Davjack wasn’t issued until March 1968 yet, even so, it was light years ahead of most of their contemporaries. The quasi-classical arrangements from Keith Emerson, the surreal and frequently atonal guitar work of David O’List, the absurd lyrics from Lee Jackson and aggressive drumming of Brian Davison sounded like psychedelic rock on really good drugs.

It is an imperfect album, finding its perfect expression in the music of Emerson, Lake and Palmer. At least in my opinion. Tantalising Maggie, for example, would be improved on “Jeremy Bender” and “The Sheriff,” while both Rondo and War and Peace feel like dry runs for ELP. That’s not meant to take away from what The Nice achieve here. Flower King of Flies, Bonnie K and especially The Cry of Eugene are great songs that stand on their own. The Thoughts of Emerlist Davjack, selected as the single, is also a nice psychedelic rock number, sounding like a cross between The Beach Boys and The Mothers. And then there is the truly transcendentally strange Dawn featuring the whispers of a madman.

Emerson’s keyboards carry the album about half the time. O’List is a unique guitarist, even stranger than Syd Barrett, but he’s too far out for me. You could probably make a separate study just of his guitar on this album. And if Davison and Jackson fall short of Carl Palmer and Greg Lake, who doesn’t? I do think, however, that the album could have benefited immensely from an outside producer. Maybe there’s a good remix/remaster of this, but I haven’t heard it yet.

My final thoughts on the album are that it’s remarkably ambitious, almost frighteningly inventive, but partially ineffective because of muffled production and musicians who frankly didn’t fit together as seamlessly as they might. Definitely worth a listen for prog fans and worthy of its own little slice of immortality for the role it played in developing and defining the field of progressive rock.