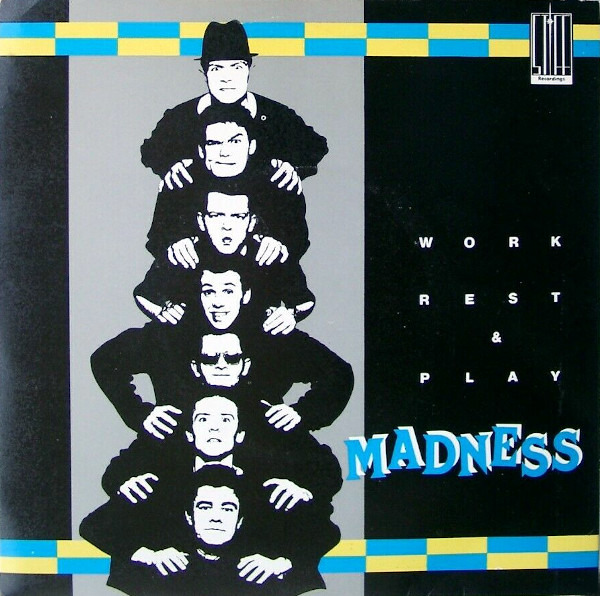 A four-song EP of which three tracks are little more than packing material for “Night Boat to Cairo.”

This is more or less the extended 7-inch single of Night Boat to Cairo. That song sounded like little else on MTV or the radio, and quickly captured my imagination. The rest of Work Rest & Play is filler that didn’t make the cut for One Step Beyond or Absolutely. Still, Deceives the Eye is a clever, cheeky number, with those musical sensibilities that would come more to the fore on Madness‘ second album.

The B side of the single features The Young and The Old (a very English-sounding ska song) and the talking/toasting of Chas Smash (Carl Smyth) on Don’t Quote Me On That, neither of which could be called memorable. Peter Tosh was originally co-credited on “Don’t Quote Me On That” because the song was thought to have been inspired by one of his songs, but that turned out not to be the case. Personally, I don’t think the song was inspired by anything but a desire to eat up a few minutes at the end of this EP.