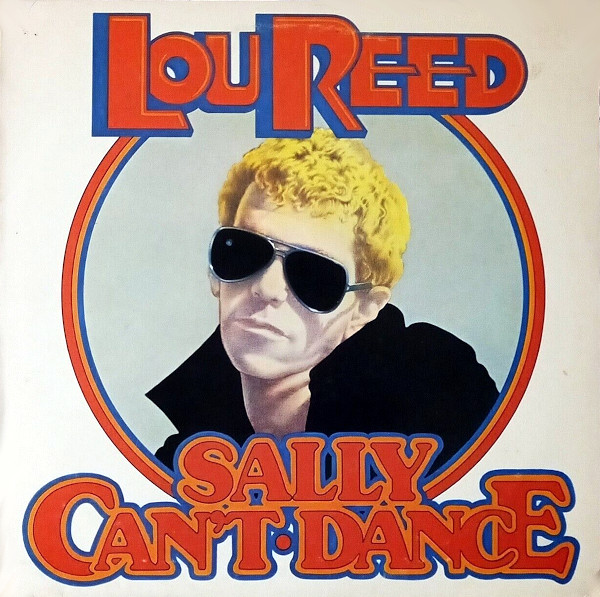 Lou Reed and half a Rhinoceros make a record, but it’s the lack of inspiration that serves as the elephant in the room.

Lou Reed’s followup to the brilliant, harrowing Berlin is a half-baked mess covered in Steve Katz’ frosting. You get the sense, listening to this record, that Reed showed up with a couple of songs from a half-finished concept album (“Ride Sally Ride,” “Sally Can’t Dance”), a leftover from his last sessions (“Baby Face”) and walked into the wrong recording studio, high as a kite. Waiting in the studio are his touring rhythm section and half of Rhinoceros, who do their best to rescue the record from its own ennui, but ultimately fail as listeners are inevitably drawn to the collapsed star in the room, Reed.

[You can view of video of a Lou Reed interview from 1974 on youtube.]

Sally Can’t Dance isn’t a complete disaster. “N.Y. Stars” (imagine Led Zeppelin’s “Trampled Underfoot” mixed with The Smiths’ “How Soon Is Now”) and “Kill Your Sons” are wonderfully edgy, and “Sally Can’t Dance” is a fine companion to “Walk On The Wild Side.” That said, “Animal Language” is handily the stupidest song he’s ever written. In some ways, Sally Can’t Dance set the stage for the future: high highs mixed with low lows, all given the same bored treatment by Reed without a trace of paternal warmth, as though he had completely divorced himself from the creative process and was just reading words off a page.

On Berlin, a pilot light of compassion remained underneath Reed’s burned-out reporter. But Reed doesn’t give a sh*t about Sally or Billy. You shouldn’t either. Together with his next record, Metal Machine Music, Sally Can’t Dance represents a creative nadir for Reed—or maybe it’s creative self-destruction. This also gets my vote for the worst Lou Reed album cover.