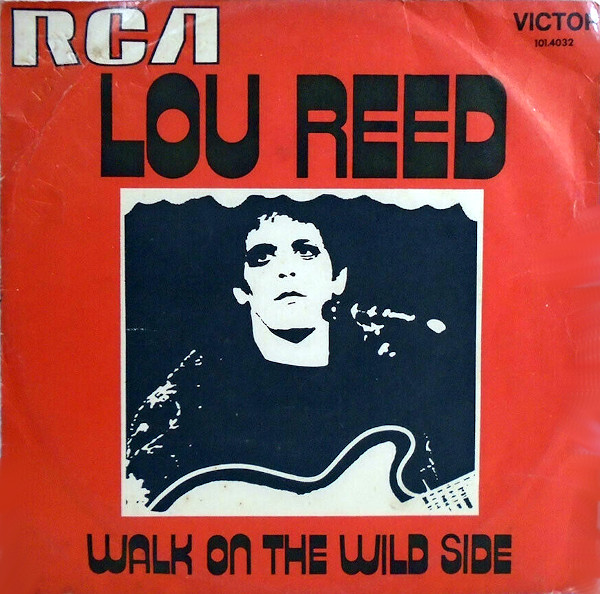 How cool does a song have to be to make you want to buy a Subaru Forrester? That’s how cool this song is.

I’ve always seen this as a bisexual bookend to “All The Young Dudes,” maybe because I like books and (despite that, apparently) have a limited number of analogies. In the US, the single version edited out the verse about “giving head,” as that was deemed offensive. Oddly, calling the backup singers “colored girls” wasn’t, although I’m not offended by either. I was offended when the song was used in car commercials, however. If the cars in the ads were trolling for transvestite hookers, I’d have given the advertisers a free pass, but they weren’t. I’m not saying that people don’t troll for hookers in a Subaru Forrester. In fact, I’m pretty sure that’s exactly the kind of car that does troll for hookers, but you wouldn’t know it from the commercial.

In the 80s, Lou Reed himself appeared in a Honda Scooter ad set to “Walk on the Wild Side.” That ad didn’t bother me so much because it seemed truer to the original song. Also, I’m not one of those people who distinguishes between a motorcycle and a scooter. What you drive doesn’t say anything about you unless you think it does.

The flip side is “Perfect Day,” one of my favorite tracks from Transformer. This track would have turned out a lot darker without David Bowie’s glam gilding; here, it reminds me of “Life On Mars” with its pleasant piano accompaniment. The last line, “You’re going to reap just what you sow,” is pure magic. Sends chills down my spine every time, just like Radiohead’s “For a moment there…” Coincidence? Maybe that or karma.

7-inch extended play single (France)
1. Walk On The Wild Side
2. Sweet Jane
3. Vicious
4. Don’t Talk To Me About Work