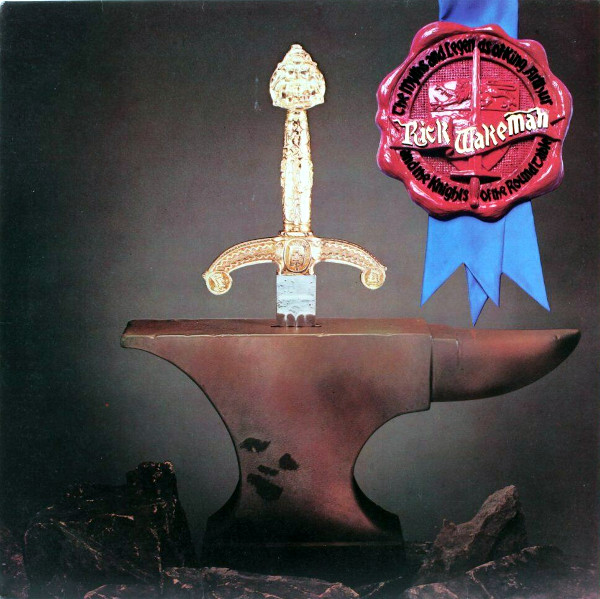 A better journey through the highlights of Arthurian legend, like his last album but without the narrative sections.

Another extravagantly packaged concept album that continues Wakeman’s journey into English historical fiction, although you really wish he would stop taking Ashley Holt along on these adventures. The Myths and Legends of King Arthur and The Knights of the Round Table (of Ulm) was released days before Monty Python and the Holy Grail in what was clearly a springtime revival for Arthurian legend. Although some listeners preferred his last Journey, I’ve always thought this was the better album.

Myths and Legends doesn’t get too bogged down in storytelling and does a much better job of integrating the choir and orchestra into the arrangements (for which, I suppose, Will Malone deserves a lot of the credit). The marriage of synthesizers and strings is still an unnatural alliance at times; in some ways, Wakeman was a victim of the limitations of electronic technology in the Seventies. (And in another, more meaningful way, I suppose we’re all victims.)

What I enjoy most about Myths and Legends is that each of these songs is a self-standing work. There are no narrative interruptions (in fact, I have no idea why Wakeman felt the need to introduce this album with a narrator, unless it was just to scare us), and every song has a principal theme that is strong enough to support six minutes (more or less) of music. There are a few missteps, like the bizarre hoedown in the middle of “Merlin The Magician” or the island infusion in “Sir Galahad,” but otherwise a lot of Myths could pass for Henry’s Missus. “The Last Battle” could even pass for vintage Yes in spots, with vocals that are clearly patterned after Jon Anderson’s wordless patter. Despite its pretentious packaging, including orchestra and choir in tow, Myths and Legends is surprisingly easy to swallow. African or European.