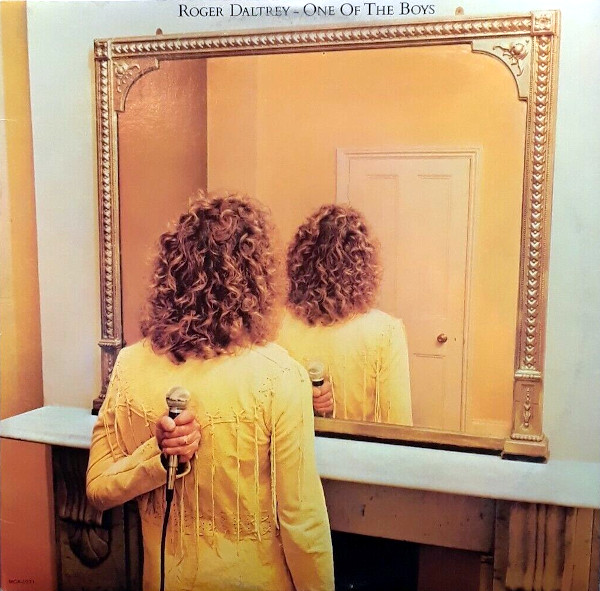 Another album of other people’s songs that doesn’t hold a candle to how he torched up Townshend’s tunes.

One more Roger Daltrey album that leans on contemporary English songwriters to keep those golden pipes from rusting in between albums by The Who. If One of the Boys isn’t one of his best albums (and it really isn’t), it does contain two of his best cover songs: Andy Pratt’s Avenging Annie and, in the US, Murray Head’s Say It Ain’t So, Joe (which was released as a standalone single in the UK). You should hear both songs at least once in your life, preferably by both the original artists and Daltrey. I’m betting you’ll play “Say It Ain’t So, Joe” more than once.

The rest of the record sounds like the less-inspired moments from Cat Stevens (Foreigner) and Elton John (Caribou). I mean, there’s a reason that Philip Goodhand-Tait, Steve Gibbons and Paul Korda weren’t household names. They’re good songwriters who seem to write mostly middle-of-the-pack songs about love and life. That said, Gibbons’ One of the Boys is a perfectly suited rocker for Daltrey. (Gibbons’ band had opened for The Who, in case you’re looking for a connection.)

Daltrey does write a few songs himself with the help of producers David Courtney (who figured prominently on his first album, Daltrey) and former Shadows drummer Tony Meehan. Those are no better or worse than the cover material and at least tease the promise of getting closer into Daltrey’s state of mind, although it’s not like the man doesn’t grant interviews. In fact, you have to wonder how long Daltrey could stay out of the limelight without withering; he seems to be constantly doing something, whether it’s singing or acting.

Beyond a few good songs, One of the Boys does keep interesting company, including John Entwistle, Eric Clapton and a previously unreleased song from Paul McCartney, Giddy, that has its origins in “Rode All Night” from the Ram sessions. The latter song is one of the few cases where Daltrey’s vocals fall short of the original (McCartney didn’t get enough credit for his vocals, in my opinion). You could probably live a full and rewarding life without owning any of Roger Daltrey’s records, unless you’re a hardcore Who fan, in which case you’re likely to own at least one of these albums, with One of the Boys as good a choice as any.

*Replaced with “Say It Ain’t So, Joe” in the US versions.

Photography & design by Graham Hughes (with thanks to Magritte). Typography by Ian Murray. Retouching by Mike Mann Studio.