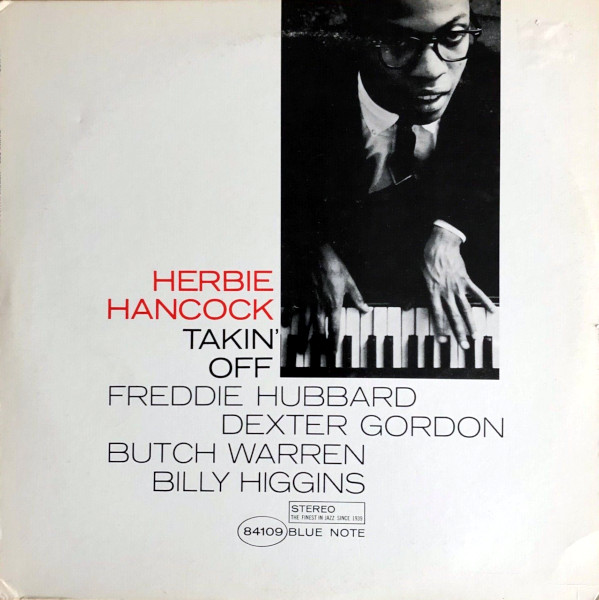 Double H comes out swinging on his first solo set with a pair of horns (Freddie Hubbard, Dexter Gordon) that any head would envy. This is black-tie-and-jacket jazz, the work of a smart young sophisticate who knows how to mix the urban with the urbane. Yes, this features the classic “Watermelon Man,” with its fun, familiar and insistent form ambling through the decades, ageless. But it’s the cool breeze of Freddie and Dex that lingers in your ears after the disc is done. Their solos, interspersed with Herbie Hancock’s handwork, light up a number like “Empty Pockets” or “Driftin’.”

The early recordings from HH are conventional by design. He was still young (22), barely out of school, yet to work under that illustrious teacher, Miles, his best work ahead of him. This first album is flawlessly executed, not flashy or brilliant but solid like cool marble. Herbie is capable of grand designs (“The Maze,” “Three Bags Full”), but he’s not one of those mathematical sorts who litters the page with black dots. Songs sway, skip, lilt, curtsy and sit down.

For some listeners, hard bop is a history lesson, dry and dull. For others, it’s jazz at its most elevated, cerebral and serene. I personally dig the clean-sounding, crisp execution of Takin’ Off. Hancock’s sense of rhythm is playful, his compositions are smart and sentimental (“Alone And I”), his band comprised of consummate professionals. As the first record from a soon-to-be jazz titan, Takin’ Off launched a brilliant career and grabbed the attention of the jazz establishment with a mature sound that belied its composer’s tender years.

All compositions by Herbie Hancock