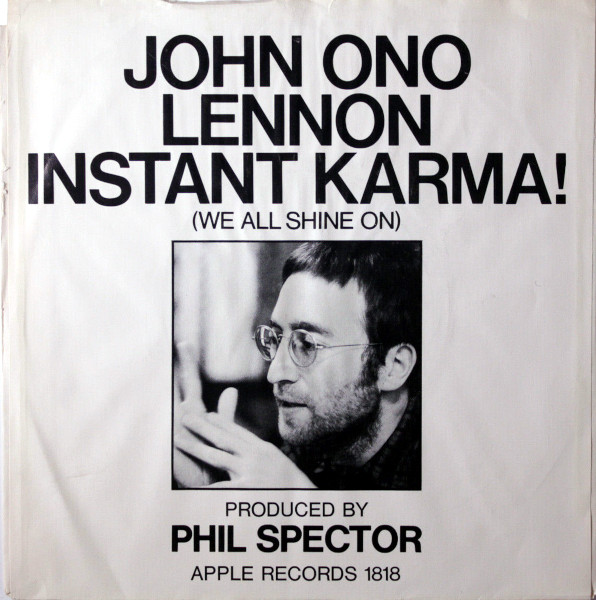 Stop war, stop doing heroin and stop fooling yourself sum up John’s first three singles, with this being the best of them.

Kronomyth 2.5: Mother Goose, you had me but I never had you.

The idea has been advanced, not without merit, that both “All You Need Is Love” and “Instant Karma!” are based on the nursery rhyme, “Three Blind Mice.” When my musical elitism gets the better of me, I remind myself that I (apparently) have the same musical tastes as a two-year-old.

This song has always held a special place in my heart and head. After four albums and two singles, John Lennon finally got serious. “Instant Karma! (We All Shine On)” is the first work from the man that actually holds up against the legacy of The Beatles. No hippy chants, no primal scream therapy, this is rock & roll magic at its finest. Alan White also hands in an inspired performance on the drums. Yoko delivers a lovely, complementary song on the B side, “Who Has Seen The Wind?” Featuring flute and harpsichord accompaniment, it’s a nearly beguiling number that presents Yoko as the antithesis of Nico.