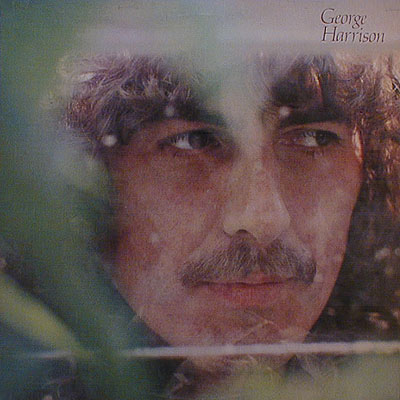 Rolling Stone gave this album one star. AMG two. Billboard three. All of which explains why I don’t rate albums on here. What’s the difference between two stars and two-and-a-half stars anyway, and is it worth the time it takes to think about it? Better to say that George Harrison’s self-titled elpee is a fitting followup to Thirty-Three & 1/3. The same pop sensibilities are there, wrapped in soft and spiritual arrangements, rendered with humility and humor. Coproduced by Russ Titelman (fresh from sessions with Randy Newman), the album lacks the sharp horn attack that Tom Scott brought to George’s last record, which means that these songs may take a little longer for their intrinsic melody to be revealed. Once that’s done, George’s fans should agree that “Blow Away,” “Dark Sweet Lady” and “Soft Touch” were worth the wait. However, in the defense of its critics, there are indications here that Harrison’s engine was losing steam. Despite having two years to write new material, the ex-Beatle trumps out a wannabe from Let It Be, “Not Guilty,” a pale imitation of an old classic on “Here Comes The Moon,” and indications in track placement and subject matter that suggest a formulaic reprise of his last album. These suspicions would be confirmed on Somewhere in England, but it seems unfair to blame this record for future failings. I’d rank this right alongside Thirty-Three & 1/3 and Cloud Nine as bright spots from his Dark Horse days. If you like George Harrison the artist, you’ll like George Harrison the album.

All selections written by George Harrison unless noted.

The Pictures
Album design and cover photographs by Mike Salisbury.