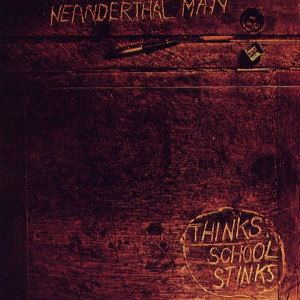 This is a seminal work from three-fourths of 10cc, designed to cash in on the surprise success of “Neanderthal Man” and featuring songs originally intended for Godley and Creme’s first album, which was to be produced under the name of Frabjoy and Runcible Spoon. Little of it sounds like “Neanderthal Man” (mercifully, since forty minutes of chanting, drums and lazily strummed guitars would have made for a boring history lesson), some of it sounds like 10cc (compare “How Many Times” and “Take Me Back” to “The Hospital Song” or “Fresh Air For My Momma”), and parts of it are clearly patterned on The Beatles (“Suite F.A.” is their response to the second side of Abbey Road), the Beach Boys (“All God’s Children”) and CS&N (the harmonies on “How Many Times”). In other words, just the sort of studio pop tinkering you would expect from the boys, but which hadn’t quite coalesced into the quartet’s vision of over-the-top doo wop and pop. It wasn’t, however, what fans of “Neanderthal Man” were expecting, if they were expecting an encore at all, and so Hotlegs’ first (and last) album met with a chilly reception. Today, the record is primarily of interest to 10cc fans, who number not a few, and for their archaeological efforts will be rewarded with clever concoctions that would have felt at home on the B side of a 10cc single. That said, it’s not a work of genius, at least not in a world where Paul McCartney’s Ram, The Kinks’ Lola Versus Powerman And The Moneygoround, Part One and Harry Nilsson’s Aerial Ballet already existed. It is, however, a better bet to please 10cc fans than some of the later godleyless and uncremed efforts (Look Hear, I’m looking at you).