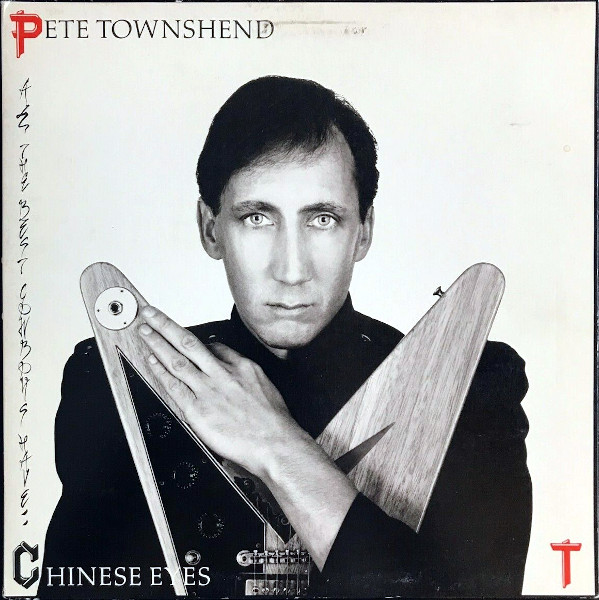 In a word, wordy. It does contain two great tracks: Slit Skirts and The Sea Refuses No River.

Kronomyth 4.0: The prolixity and cons of hitchikers.

I’ve had the odd fortune to run into some real chatterboxes in my day, but even they didn’t talk my ear off the way All The Best Cowboys Have Chinese Eyes does. The Who were a band of action, but Pete Townshend on his own overanalyzes, overscrutinizes and overstates his emotions, overshooting his audience in the process. It’s too bad that this album numbs the listener so early, because isolated moments on here are brilliant, from “The Sea Refuses No River” to “Somebody Saved Me.”

Given time, the more subtle arrangements manage to weave their magic, but who had the time? Radio stations salvaged “Slit Skirts” from the bookshelf and let the rest burn. If it’s not his best album (and it’s not), Chinese Eyes is a valiant effort: the insecure poet debilitated by his own failings, finding hope in the light at the end of the tunnel. Not surprisingly, the album sounds a lot like It’s Hard, released by The Who three months later. And while some of The Who connections are obvious (“Face Dances Part Two,” “Stardom In Acton” re-cast as “I’ve Known No War”), Pete’s clearly trying to be himself on this album.

The trouble is, a lot of Who fans didn’t want to watch their hero pick at his own wounds. Self-deprecation is one thing, self-immolation quite another. And yet I find myself oddly captivated by Chinese Eyes’ flip-flopping between optimism and cynicism, like an internal dialogue being played out in a troubled but conscientious mind. It’s a thoughtful record, and some of the thoughts are dark, and some are deep. Fans who appreciate Townshend for who he is, and not who he was, will enjoy this in a different way than Empty Glass, but they will enjoy it.

Photography and sleeve design by Chalkie Davies and Carol Starr.

“On the surface, All the Best Cowboys Have Chinese Eyes is calmer and more didactic than Townshend’s 1980 Empty Glass and the Who’s 1981 Face Dances. Half the time it’s a disquisition on stardom and power. It’s also a mess of contradictions.” — from Jon Pareles’ original review in Rolling Stone.