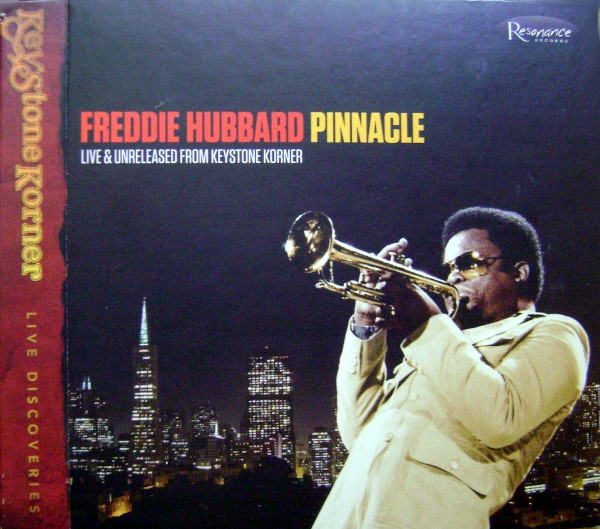 A posthumous live album recorded in 1980 featuring performances of Hubbard’s most popular songs.

This archival recording unearths a selection of live performances from June/October 1980 featuring Freddie and his six-piece at the Keystone Korner in San Francisco. Resonance Records does a classy job of packaging it all, but you have to wonder how many people are interested in 30-year-old recordings made by a man three years dead. There are those who would tell you that Hubbard had passed his prime by 1980 but I’m not one of them. Freddie was still making great music with the V.S.O.P. and what turns up here at the Keystone is at least good.

The disc opens with an eruption of sound before the band charges headlong into the hunt with a wild version of “The Intrepid Fox.” Then it’s the sweet fusion of “First Light” (featuring Billy Childs on Rhodes), followed by the popular hard-bop number “Another Kind of One” (featuring tenor saxophonist Hadley Caliman this time). The rest of the selections are solid enough: two tracks from the recent Skagly (“Happiness Is Now,” “The Summer Knows”), the lesser known “Blues For Duane” and the first appearance of Hubbard’s version of John Coltrane’s “Giant Steps.”

The performances feel pretty loose to me; it seems that Billy Childs, Larry Klein and the rest of the players had a lot of latitude in the arrangements. As for Hubbard’s performance, it’s more playful than punctual. Maybe that’s what critics mean when they say he’d passed his prime, although I don’t recall being blown away by Miles Davis’ later live performances either (when he deigned to play, that is). I’ll give Pinnacle an “A” for presentation, a “C” for sound quality and a “D” for timing since Freddie was capital D dead, which in the world of Robert Christgau would get you a C+ and a smarmy sentence about tales from the keystone krypt.

All songs written by Freddie Hubbard unless noted