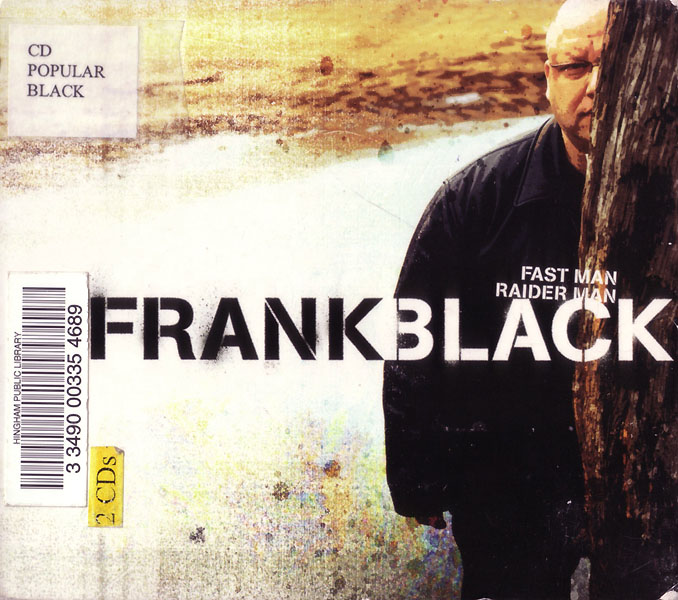 This is the basement brain of Frank Black writing a new American songbook with members of The Band, The Swans and anyone else willing to come along for the ride. Sure, it’s stylistically all over the place. And, yes, it could have been pared down to a single album without losing anything vital. But, dammit, you have to love the man for arranging this kind of shotgun wedding between the 70s and the 90s.

Fast Man Raider Man contains remarkably few standout tracks for a double-disc set: “If Your Poison Gets You,” “It’s Just Not Your Moment,” “In The Time of My Ruin,” “Fast Man.” Really, that’s about it. So why do I come away from Fast Man thinking Black is more of a genius than ever? Maybe it’s the fact that he could do this: make a double album that captures the wide-open spirit of Dylan and The Band and populate it with icons like Al Kooper, Jim Keltner, Levon Helm and Steve Cropper. Or maybe it’s the fact that, no matter what Black is singing, he makes you believe it’s the most important song at that moment.

Now, from what I’ve read, Fast Man Raider Man is a continuation of Honeycomb (also recorded with Jon Tiven), so maybe this is the new Frank Black we’re hearing. If so, it’s the new nostalgic Black we’re getting, someone who has spent a lot of time thumbing through his record collection and wants to give a little back to the old gods. There are some who will shrink away from this collection because it lacks the chaotic fury of his early work. I hear it as Frank Black stepping forward in his own work. Remember when Elvis Costello discovered he was actually a good singer? I feel like the same thing is happening here as Frank discovers that his voice can actually carry an entire song without three minutes of bar-chord destruction to drive it along. Like The Basement Tapes, fans will find plenty to pore over here, taking away some as treasured moments while tossing away others, and returning often to gather the loose coins dropped in the discovery of such an unexpected abundance.

All selections written by Frank Black unless noted.

[Review] Brace Yourself! A Tribute to Otis Blackwell (1994)