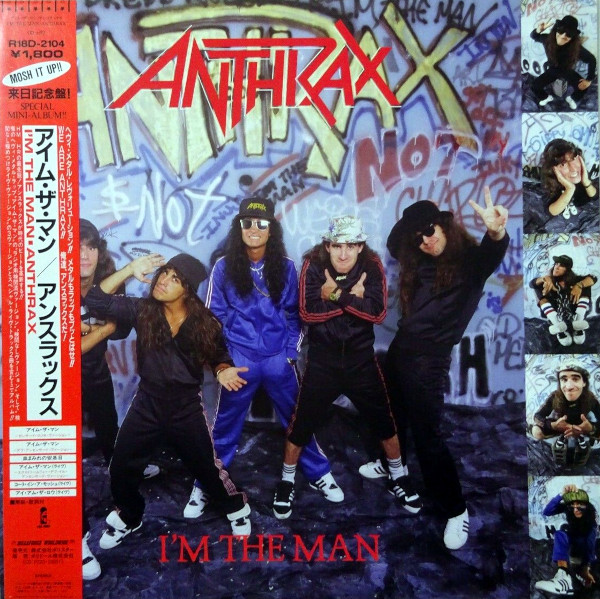 The value meal of metal: Anthrax, rap, a sense of humor and Sabbath, all for about six bucks.

Kronomyth 3.5: For those about to rap, we salute you.

Anthrax beat Beastie Boys at their own game when they released the rap/metal song, I’m the Man. The extended play I’m the Man record went on to sell over one million copies in the US, making it their most popular release to date. At the time, the song’s mix of heavy metal and rap felt like peanut butter meets chocolate in music. It also highlighted the band’s sense of humor (as well as adventure) and set them apart from the more “serious” metal bands such as Metallica and Slayer.

My first memory of this song is hearing a coworker play it for me on a cassette boombox. He had that same kind of starry admiration for it that we all have when a song becomes the song that intoxicates our minds (that is, until the next greatest-song-ever arrives). At the time, I had to agree it was an awesome song. It still is, although the novelty of hearing metal fused with rap is likely lost on listeners today. Sam Kinison’s scream is also something I can live without today, his life being a cautionary tale of what happens to those who make a deal with the devil.

The EP featured “I’m the Man” in three versions: censored, uncensored and the Texas-kicking live version. Also included is the band’s version of Sabbath Bloody Sabbath and live performances of two tracks from the recent Among the Living, I Am the Law and Caught in a Mosh. The Black Sabbath cover is heavy (no surprise there) but I’ll stick with original, thanks. (I’ll bet Dio could have done an awesome version of this.) The live versions are what you’d expect, if muddier than I’d like. I don’t think it’s possible to record a bad version of those songs.

Personally, Beastie Boys sounded more like drunk frat boys to me (at least in the beginning), and the Aerosmith-Run D.M.C. version of “Walk This Way” was a low point for Aerosmith. “I’m the Man” found a workable merger of rap and metal, one that the band would refine a few years later with Public Enemy on “Bring the Noise.” Now that was a song made for a boombox.