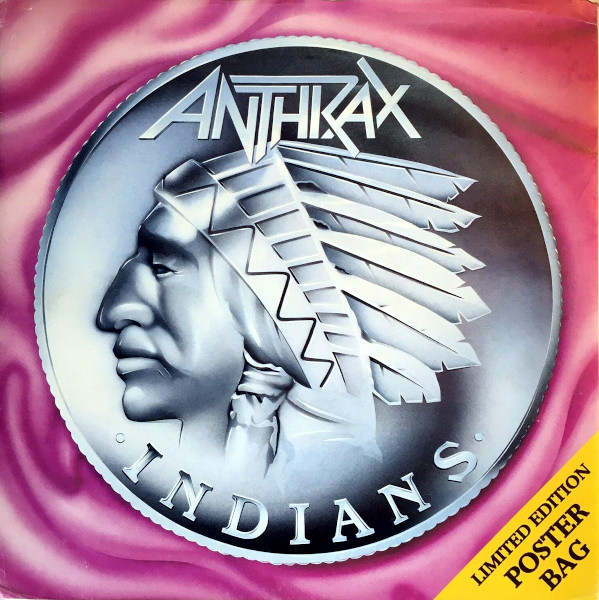 Kronomyth 3.2: The adventure of Injun Joe.

Given the dearth of Native American heavy metal bands, it fell to a group of Jewish kids from Queens to present the plight of the Indians. I guess. I mean, Rage Against the Machine’s “Freedom” is awesome, but was Anthrax the right band for the job? As much as this song rocks, the group might have left the headdress at home. And the wardancing? Yeesh. In their defense, Joey Belladonna is part Iroquois. That’s literally their whole defense. Anyway, Island are the ones who really owe us an apology for greenlighting this as the second single when just about any other song on Among the Living would have been a better choice.

The flip side is a respectful cover of Black Sabbath’s Sabbath Bloody Sabbath that once again proves how maddeningly impossible it is to improve upon Sabbath. A brief taste of “Sweet Leaf” at the end shows that Anthrax picked the wrong song to cover. A tiny snippet of music at the end is credited as Taint and apparently features Billy Milano (Stormtroopers of Death) in some capacity. Of minor interest, the A side is an edited version of the original that runs one minute shorter. Also, I remember reading somewhere that about 2,000 copies of the 12-inch single mistakenly (?) featured “Imitation of Life” on the B side instead of “Sabbath Bloody Sabbath/Taint” as credited.