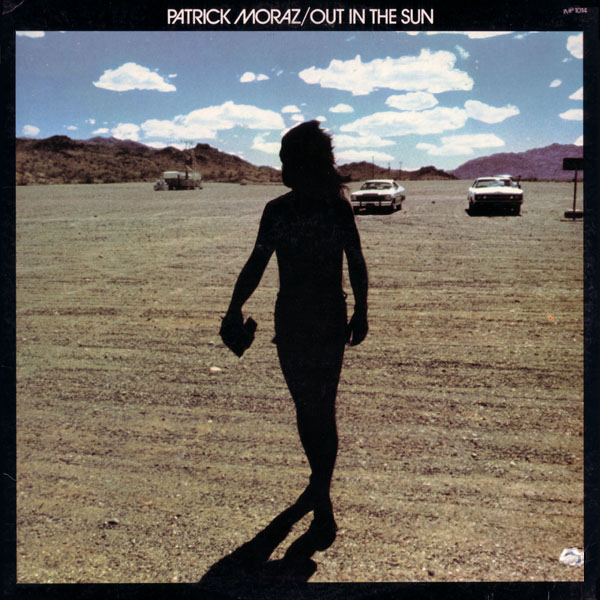 A progressive pop album mixed with Brazilian percussion? Imagine a cross between Elton John and Chick Corea, only worse.

After the ambitious, conceptual tower of I, Patrick Moraz scaled things down for an album of progressive pop music. Again recorded in Brazil with many of Story’s characters (John McBurnie, Ray Gomez, Andy Newmark), Out In The Sun suggests Elton John south of the border.

Outside of the ending on “Silver Screen” (shades of “Starship Trooper”), nothing under this Sun inherits anything from Yes. Those looking for a link to progressive rock will have to settle for a Steve Hillage soundalike (“Love-Hate-Sun-Rain-You”), a Wakemanic walk along the Steinway (“Time For A Change”) and a nod to Jon Anderson’s poppier pursuits (“Out in the Sun”).

Progressive rock keyboardists usually try their hand at a mediocre pop album at some point: Tony Banks, Pete Bardens, Anthony Phillips, Rick Wakeman, etc. These tend to fall into the more successful DIY camp (Phillips’ 1984, The Fugitive) or the generally awful ad hoc band approach (Sides, A Curious Feeling, Speed of Light). Out in the Sun is the latter, kind of a Jackson Lights, what with McBurnie on vocals. “Tentacles” and “Nervous Breakdown” are pretty terrible, “Silver Screen” and “Back to Nature” too. Honestly, I’d probably be ripping this one a new sunspot if it weren’t for the instrumentals. “Kabala” is a sweet Corean confection and the instrumental half of “Time For A Change” offers some mind candy for contemplation. The rest of the record, if not regrettable, is forgettable. Tellingly, Moraz waited seven years before reuniting with McBurnie for the equally coolly received Timecode.