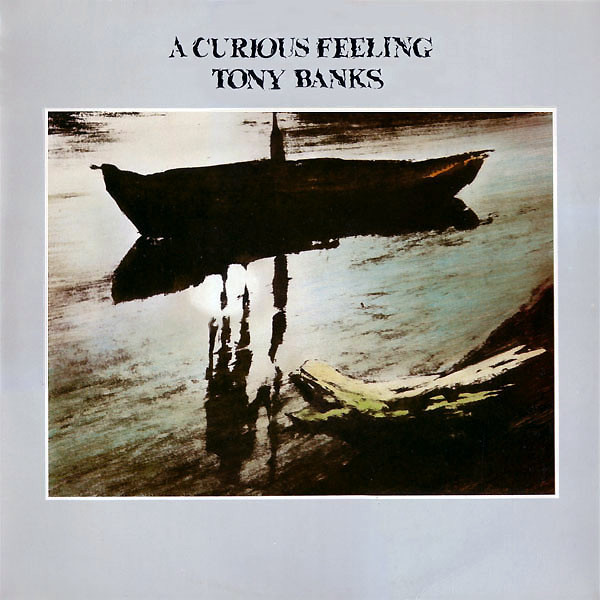 Banks’ first solo work, built around the story of a man who loses his memory, is itself surprisingly forgettable.

And then there was… A Curious Feeling, released under the Tarot Moon, a watery work unclear in vision. Tony Banks had earlier proven himself to be a complete songwriter (“Burning Rope,” “One for the Vine”), which makes this lackluster concept album a disappointment.

The story centers on a young boy who makes an unwitting pact with a dark spirit (presumably) to lose his memory should he ever fall in love. Perhaps taking its cue from And Then There Were Three’s “Undertow,” the album begins with the instrumental “From the Undertow,” in which our strange hero supposedly washes up onshore with no memory of his past. Seven years later, he’s made a decent life for himself, put his forgotten past behind him and, by “A Curious Feeling,” returned to a state of lost innocence. When a new love catches his eye (“You”), the forgetting begins afresh.

It’s not a bad concept, but was never fully stitched together. Vocalist Kim Beacon has an unremarkable voice, like Noel McCalla or Pete Hicks, and the arrangements lack the dynamic tension of an “Undertow,” instead sounding like endless variations on “Please Don’t Ask” from Duke. The intricate piano passages, symphonic synthesizers and guitars are partly in line with expectations, yet Banks’ own songs with Genesis were never this prolix and prone to meander.

As with Michael Rutherford, Banks arrived a few years late to the prog party with this one, when slow-moving concept albums were long out of fashion. A few tracks (“Lucky Me,” “For A While,” “You”) could work as standalone songs, but the instrumental sections are awfully dry (“The Waters of Lethe” notwithstanding). Smallcreep’s Day wasn’t a great album either, suggesting that both musicians were better served in Genesis, a point the noble Duke confirmed.

All songs written by Tony Banks.